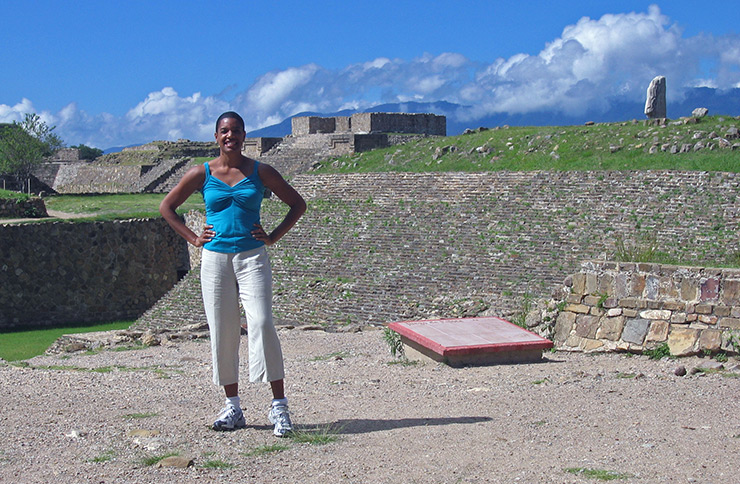 The vast Zapotecan site at Mitla is comprised of five main structures, buildings and courtyards constructed of stone. They were largely built for ceremonial purposes. At one entrance, six massive columns, labeled the “House of Columns,” leads to a main sanctuary, sans roof, where sacrifices were made to the gods. Located in another area are ancient tombs, the likely final resting place of the much revered priests.

Most impressive about Mitla are seemingly miles and miles of sharply carved stone murals, geographical shapes that wrap around the structures and represent important symbols depicting Mitla’s storied history.

Far grander than Mitla is Monte Alban, an ancient hilltop city that provides a landscape of stone structures resembling the pyramids of Egypt. Erected as early as 500 BC, the site gives a glimpse of life in a gigantic ceremonial enclave built around a Grand Plaza.

Spread throughout an expansive field surrounding the plaza are buildings that served as residences and civic edifices, each decorated with intricate carvings. Giant monuments honor the gods, and an athletic stadium shows where the winning teams of ball games became human sacrifices. The city is breath-taking in its complexity and sheer size.

For a different visual treat that must be viewed first-hand, head about five miles east of the city of Oaxaca to Santa Maria de Tule. A photo of the Arbol del Tule (the Tulle tree) scarcely does justice to its massive size. Gawking tourists look like ants next to the majestic Cypress, billed as one of the longest living trees in the world.

Its age and dimensions vary depending upon the source: Some put its age at between 1,500 and 4,000 years old, its height at well over 100 feet and the circumference of its trunk at about 119 feet. The latter means at least 15 people, hand-to-hand and arms outstretched, are required for the ultimate group tree hug.

Benito Juarez National Park
Located in the Valles Centrales Region of Oaxaca, this the pine and oak covered preserve is only 3 miles north of the City of Oaxaca. The national park was established in 1937 during the presidency of General Lazaro Cardenas del Rio. It is named after Oaxaca native, former President Benito Juarez. The park ranges from 5,000 to more than 10,000 feet above sea level. The 6,763-acre park includes 10,207-foot peak, Cerro San Felipe, a landmark in the Sierra Madre de Oaxaca mountain chain. Only the physically fit should hike its higher elevations with a local guide. Take plenty of water in case you find yourself some distance from a mountain stream. The main rivers that cross the park are the Huayapan and San Felipe rivers, which provide stream fishing opportunities. Fresh water from this national park supplies the city of Oaxaca. 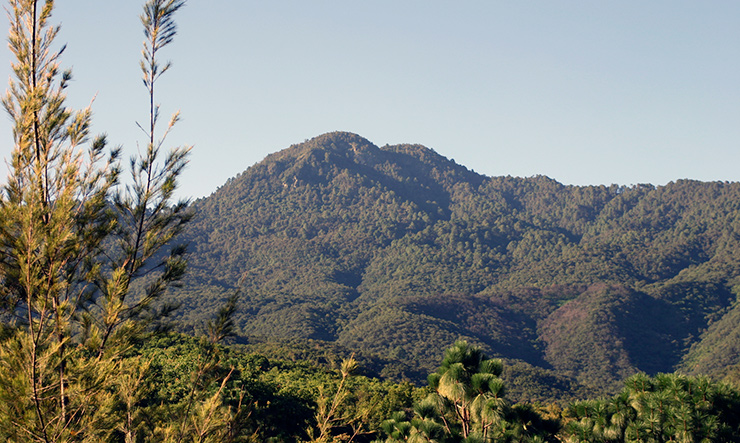