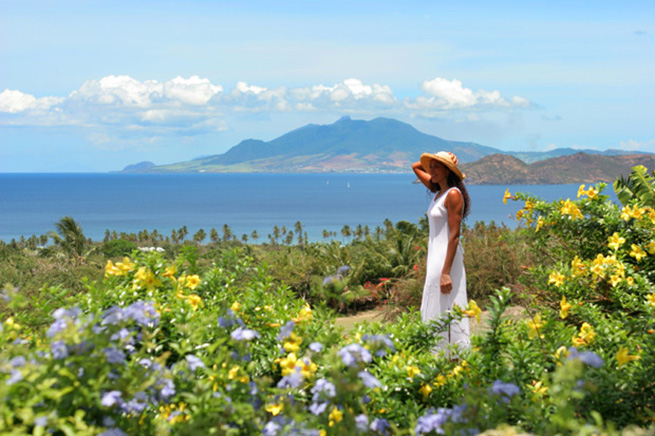 Charlestown
Walk up and down the streets of this delightful hisotric town and see one of the best examples of the colonial era in the Caribbean in its original state. There are numerous Georgian-style, human-scale 18th and 19th century buildings. Most were built with stone first floors for shops and wooden structures upstairs where the merchants lived above them.

Museum of Nevis History
A Georgian-style building that was the birthplace of Alexander Hamilton, born in Nevis in 1757. Later in life, Hamilton helped draft the U.S. Constitution and was America’s first Secretary of the Treasury. Most importantly, he helped convince many wealthy Americans in the northern states to abolish slavery. The building today, known as Hamilton House, houses one of the island’s two museums on the first floor. The second floor is the meeting room for the Nevis House of Assembly. The lovely stone building was built around 1680, but was destroyed in an earthquake in 1840, and then restored in 1983.

Hamilton Estate
Just outside of Charlestown are the ruins of the Hamilton Estate, which was a sugar plantation until the 1950’s owned by the Hamilton family. After sugar operation ceased, it diversified to farm a wide variety of products from cotton to vegetables. The ruins include foundations of a Great House, Windmill, Cistern, and chimney, boiling house and a steam engine. Many enjoy visiting the ruins today for its hillside vistas of Charlestown and St. Kitts.

Eden Brown Estate
Located about 30 minutes from Charlestown, the estate was a sugar plantation, but like Hamilton estate it adapted to cotton and other cash crops until the mid-1900s. But some beleive this great house is haunted. A duel took place at the house in 1822, the night before the wedding of Julia Huggins, between her betrothed and the best man, who was her brother. A recent discovery of an old letter has shown that the bridegroom survived, and he went to propose to another woman. However, her father forbade her from marrying a “murderer.” As the story goes, Julia spent the rest of her days as a recluse in the house, and can still be heard today as she wanders through the ruins.

Cotton Ginnery
The old stone cotton ginnery in Charlestown near the ferry boat pier, where cotton was ginned and packed into bales before shipment to England, has been restored for shops and a restaurant. The complex now includes a bookstore, local craftstore, clothing shops, a beauty salon, other gift shops and a restaurant. Community art and craft exhibits are occasionally held here. PHONE: 869-469-5521

Botanical Gardens of Nevis
The Botanical Gardens were created on Nevis several years ago by Philadelphia couple Joseph and Martha Murphy, who wanted to create something beautiful on the island and to preserve flora from throughout the world. They chose a lovely spot in Montpelier Estate area, with views of Nevis Peak in the distance. Filled with sculpture, fountains, and a replica of a Great House, you can visit many scenic areas for roses, vines, cactuses, fruit trees, lovely orchids. and a tropical rain forest conservatory, that also houses Mayan-type sculptures. Many choose to be married in the gardens or visit for afternoon lunch and tea.
PHONE: 869-469-3509 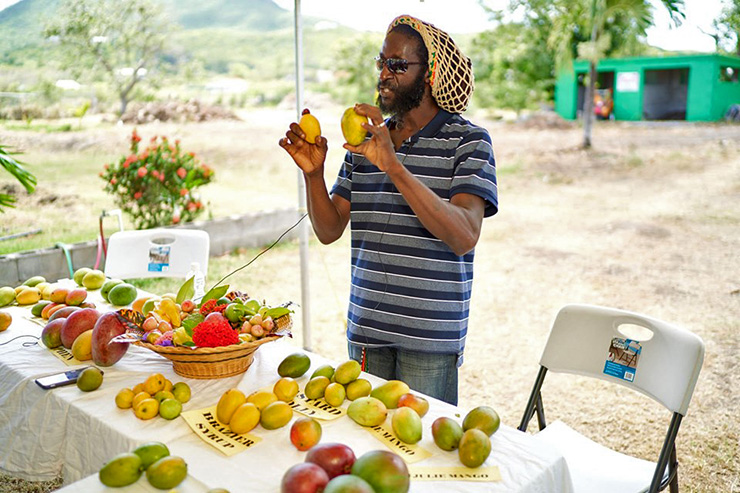 Nevisian Heritage Village
Depicts the evolution of Nevisian social history through houses, dating from the Carib Indian era. The museum includes replicas, antiques and relics of their relevant periods. The display includes the blacksmith’s shop, rum shop, and the shoe-maker’s shop, along with the dwelling houses. The backyard gardens are also a site for sore eyes.

New River and Coconut Walk Estates
The remnants of these two estates, located on the island’s east coast, slope out to the sea overlooking Montserrat and Redonda. They can easily be visited together and are about a 25-minute drive from Charlestown, or eight minutes past Golden Rock Plantation Inn. Walking through New River estate, which was originally 582 acres, the ruins of the old Great House can be seen on the left, as well as the cistern. Coconut Walk, which was named for the coconut trees one lining its borders, also cultivated with sugarcane before changing to a different cash crop and ultimately, being forced to sell the estate when demand for Caribbean sugar dropped. Pottery by the early Arawak Indian settlement can be seen among the ruins along with the tallest windmill in Nevis and a stone lime kiln still used today.

Plantation Inns
Nevis has five beautifully-restored sugar plantations that are now elegant inns. Each has its own personality, style, amenities and history. Montpelier Plantation Inn, British in style and demeanor, is an elegant hotel created from the ruins of the Great House and features windmill are on the grounds. Hermitage Plantation Inn is on the left, following a road heading up towards the mountain. It’s now believed that the Great House was built in 1660 and is the one of three remaining earthfast houses in North America. Old Manor Hotel, holds a treasury of old sugar machinery and stone ruins reborn as an elegant inn. A stone tunnel passes under the old sugar works and chimney and the estate had a birthing room where slaves gave birth. Located on property built in 1801, Golden Rock Plantation Inn focuses on several nature trails leading from the propert at the edge of the rain forest, where visitors can spot monkeys and other wildlife. The former sugar mill is now a guest suite, popular with honeymooners or families, and the former long house is now the dining room, library, and TV and game rooms. Originally an 18th century sugar cane and coconut plantation near the beach, the idyllic Nisbet Plantation Beach Club offers a blend of old-world elegance and modern comfort. It was once the family home of Fanny Nisbet, who married British Naval Admiral Horatio Nelson.

St. John’s Fig Tree Church
Located about 10 minutes south of Charlestown on the main road, this stone church dates back to the 1680’s and is known because the historic marriage record of Lord Horatio Nelson and Frances Nisbet is preserved there. In 1886, the register obtained international attention at the Colonial Indian Exhibition in London.