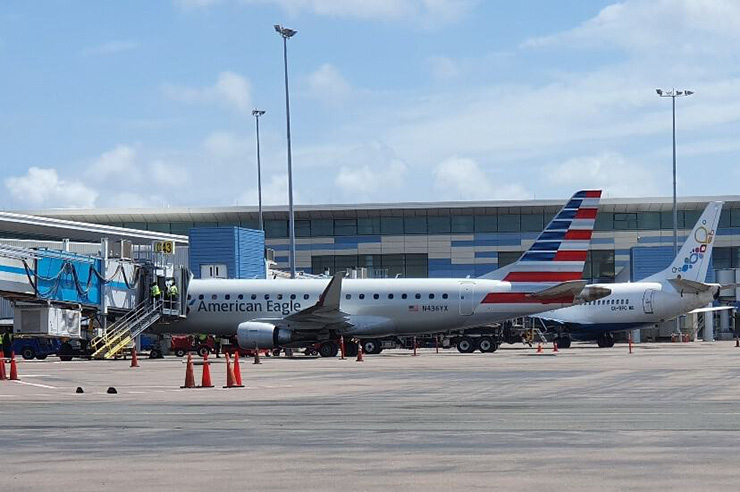 Taxis: Fees on Nassau and Paradise Island start at $3 for the first 1/4 mile, and an extra 40 cents is charged for every additional 1/4 mile traveled. Rides originating and ending in downtown Nassau cost $6 for up to two people. Taking a cab to the city center from the airport typically costs a flat fee of $22 for two riders. Groups with three or more people cost an additional $3 per person. Taxis (242-323-5818) are found at Atlantis, other major hotels, the airport and Downtown Nassau.

Public Bus: They are the most common form of transport between Lynden Pindling International Airport and Downtown Nassau. They hold up to 32 people and operate Mon-Sat 6:30am-7pm, with reduced hours on Sundays. Each ride costs $1.25 to $3.50 per person on the whole of New Providence Island. Renting a motorized scooter will let you enjoy the journey to each destination. Some hotels rent bikes too. With a scooter or bike, one can enjoy the scenery along west Bay Street, if its not too hot. Cyclists follow the same rule as cars.

Located in Downtown, Prince George Wharf is the official cruise port for Nassau, Bahamas. It is a frequent port of call for Royal Caribbean, Carnival, Disney and Norwegian Cruise lines, since Nassau is often their first stop from Florida for Eastern and Western Caribbean routes.

Water Taxi: They provide short, frequent service between Nassau and Paradise Island. For longer island-hopping, the most popular inter-island ferry service is Bahamas Ferries, along with the smaller service, Bahama Boat Excursions.

As typical of former British colonies, all motorized vehicles drive on the left side of the road. Limousine, ferry, tour and helicopter operators include: