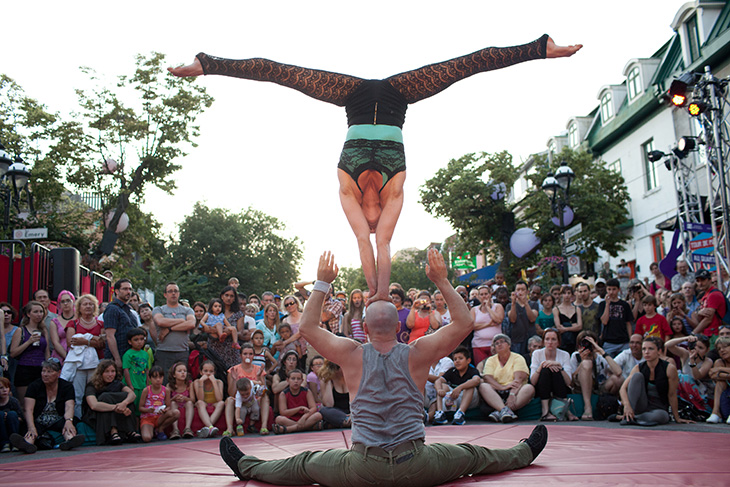 Do you believe in love at first sight? Well, while this cliché is most often applied to people, it is an apt sentiment to describe how I feel about Montréal. Once here, visitors will find a picturesque and charming gem that in some respects, exudes a small town ambiance. That’s quite refreshing in a cosmopolitan city of this scale — Lysa Allman-Baldwin

Founded in 1535 after an estimated 12,000 years of Native American occupation, Montréal was first ruled by the French, followed by Great Britain. In 1763 it took its destiny under its own reigns, but still strongly identifies with its rich French culture and maintains French as the primary language. Since that time, it has melded all of those early influences into a charismatic, cosmopolitan city that has been described as “a lush mix of North American swagger and Euro-cool.”

Located in the Province of Québec which also includes sister city Quebec City, Montréal is named after its central mountain, “Mont Royal”, which is actually an island in the St. Lawrence River near the confluence with the Ottawa River. It constitutes part of the Hochelaga Archipelago. Just under two million denizens—Québécois—live here, comprised of “homegrown” Canadians and a burgeoning number of international immigrants.

There is a strong allegiance to the 11 First Nation tribes encompassing the approximately 70,000 aboriginal people who reside in the Province. This melting pot of cultures coursing through every aspect of the cultural, political, and social landscape here is what fosters Montréal’s European vibe and palpable, natural joy and ease of the people and their divergent lifestyles.

The most eye-catching point of interest here is Mont Royal (Mount Royal), approximately 760 feet high and situated smack dab in the middle of the city. Here residents and visitors alike enjoy year-round activities including hiking, biking, cross-country skiing, ice skating, and more, all without leaving the city. And the views of the city and surrounding waterways from here are simply magnificent.

The heart of the city is Vieux-Montréal (Old Montréal), where historic and cultural attractions include the Musée Marguerite-Bourgeoys (Marguerite-Bourgeoys Museum) and Chapelle Notre-Dame-de-Bonsecours (Notre-Dame-de-Bon-Secours Chapel), a former native American campsite, 300-year-old chapel, museum of history and archaeological site; Lieu Historique national de Sir-George-Étienne-Cartier (Sir-George-Étienne-Cartier National Historic Site of Canada), a lavish, Victorian-era, bourgeois home commemorating the life and work of one of the fathers of the Canadian Confederation; and Vieux Séminaire de St-Sulpice (Saint-Sulpice Seminary), the oldest building in Montréal.

Built for the 1976 Summer Olympics, Parc Olympique de Montréal (Olympic Park) is another major city draw. Its attractions appeal to a wide range of interests and ages and most are within walking distance of each other, making it easy to enjoy several within the same day. Here you will find Olympic Stadium, the Montréal Biodôme, the Tower (the tallest incline tower in the world), the Sports Centre, the Montréal Botanical Garden, the Montréal Insectarium, and Planétarium Rio Tinto Alcan, just to name a few.

As Montréal is a major metropolitan city infused with such a broad spectrum of global influences, you’ll find a bevy of outstanding mom ‘n pop eateries, quaint bistros, and restaurants serving authentic French, British, Eastern European, South African, Continental, Greek, Japanese, Turkish, Italian, Brazilian and everything in between fare to suit any palate. One night, I decided on dinner at Restaurant Le Fripon. 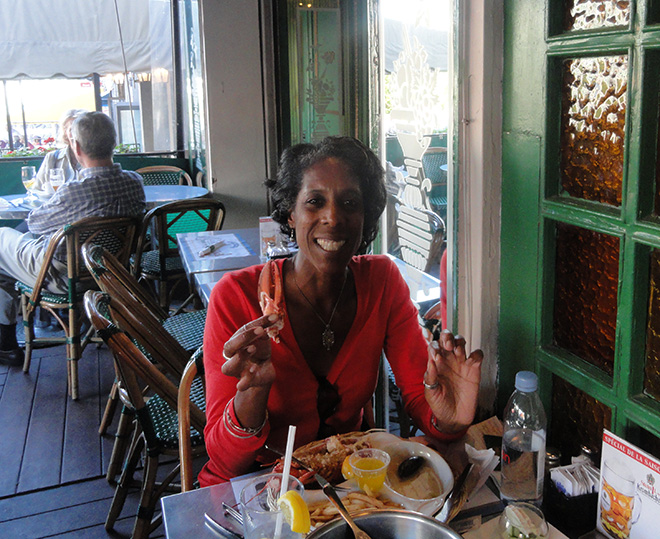 This Foodie thoroughly enjoyed her savory smoked duck breast, goat cheese, and green apple starter, followed by the Assiette Mer Mer, their house specialty, a tantalizing combination of a half-pound lobster, mussels, and French fries. This sumptuous meal, coupled with a glass of white wine al-fresco on the inviting patio, provided the perfect people-watching backdrop as the sun began its unhurried descent on this magnificent city and Canadian jewel.