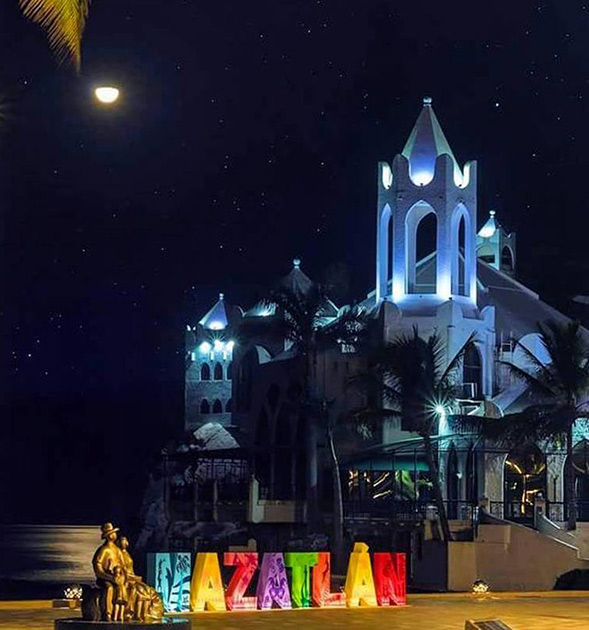 Mazatlan sign and nightclub on the Malecon; credit GoMazatlan

Mazatlán is a city in the Mexican state of Sinaloa.

The tropical climate lends itself to island casual dress code. Anytime is a great time of the year to travel here. With the island’s tropical climate, brief showers can come anytime.

The Pacific Ocean has fewer hurricanes than the Atlantic Ocean, but they occasionally hit this area in the summer.

Currency is the Peso with U.S. dollars and major credit cards accepted by most establishments.

Spanish is the official language and some English is spoken by locals. If you use a few key Spanish phrases, then you will have a better experience.

You can make phone calls at pay phones around the island. Get a local phone card for the best rates.

Banks are open from 9am-2:30pm Monday-Friday. The most common ATMs are part of the Cirrus or Plus network. Some ATMs only allow PINs with 4 digits.

You should drink only bottled water.

Bring sunglasses, a hat and plenty of sunscreen.

Electricity is the same as the U.S. however some outlets may not accept a three prong plug, so bring a converter. If you plan to use a laptop in Mexico, bring a surge protector.

The crime rate here is less than a major metropolitan city, but visitors should use common sense when out and about.