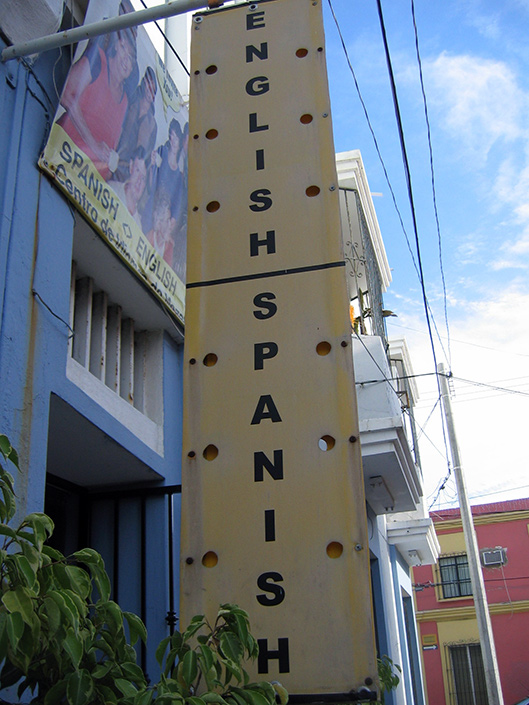 When I learned that I was going to Mazatlan, Mexico, I jumped at the chance to enroll in a Spanish Immersion course. As the Spanish-speaking population in America grows, I encounter the language more and more in my day-to-day activities. Many of my neighbors in the San Francisco Bay Area speak it. Signs in commercial establishments display it and an increasing number of employers prefer that you know it — Jeanette Valentine, Soul Of America

One of the fastest ways to acquire any language is through an immersion program, where you attend the class for several hours a day and live with a “homestay” family that immerses you in the culture. Dixie Davis, founder and owner of the language school Centro de Idiomas de Mazatlan, was gracious enough to let me enroll in a seven-day immersion course during my visit to the city.

I attended class five hours a day and lived with an older couple, Gloria and Gilberto, and their 26-year-old daughter Marcela. Gilbert spoke a little English, but most of my communication with the family was through pantomime and my clumsy attempts to remember what I had learned in class that day. They were kind and gracious, and we shared many laughs over my faux pas with the language.

The first day, a Saturday, found me tying clusters of red and green balloons to the rafters of the multi-purpose room of Iglesia del Mar, Gloria’s church. Surrounding me and the other volunteers were people laughing and chatting as the stereo blasted an uptempo version of “Noche de Paz, Noche de Amor,” which I recognized the tune as “Silent Night.” A line of giggling children danced around each other, waiting for a chance to knock the stuffing from a purple, green, gold, and hot-pink piñata.

I hardly understood a word at this loud and colorful Christmas party or while caroling around the neighborhood afterward, but I had a great time. According to Davis, just being among people speaking Spanish helped me. “The hard part for adults is to get enough contact time with the spoken language. Grammar’s simple. You can pick up a book and learn basic grammar in one evening, and it still won’t get you very far because you have to be able to pronounce it and hear what people are saying,” she said.

“You need contact with the language in class and outside of it, watching TV counts, talking with people counts, even eavesdropping counts. You just need a certain amount of time with the language before it comes together.”

Thanks to two skilled and patient instructors at Centro de Idiomas, Uzziel and Jana, my time inside the classroom was a great complement to the culture I soaked up outside it. The school places students in class by their level of expertise, and I was grouped with Gerry and Linda Richard of Revelstoke, British Columbia. Armed with a hefty telephone-book-sized textbook, the Richards and I plowed through rigorous exercises that built up our competence in reading, writing, and speaking. And I learned just as much hanging out with Gloria.

For example, I was able to use the word “regalo” in class one morning because she had grabbed my arm after dinner the previous night, danced a little jig, and pantomimed that we were going somewhere to get “regalos.” It wasn’t until we had driven downtown and entered a department store that I figured out “regalo” means “gift.”

And no rote memorization of numbers in class could compare with participating in a raffle at Gloria’s church’s party. Everyone was given a slip of paper with a number on it; mine was 44. I had to do quick conversions in my head to figure out what number was being called. (I ended up winning a cute miniature Christmas tree). 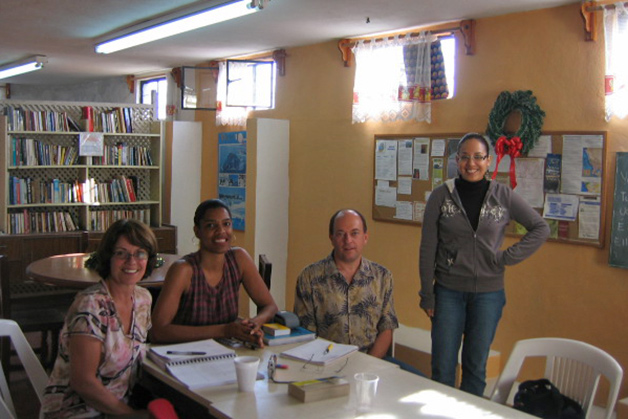 Until this course, I only knew the basics – “Hola” (Hello), “Gracias (Thank you), “Adios” (Goodbye), and “Donde los banos?” (Where are the restrooms?) In class, I learned to wrap my mouth around unfamiliar words, using just the right inflection here and emphasis there. Pronunciation proved a special challenge for me, one of few people on the planet who can not roll the letter “r.” Stringing words together in grammatically correct sentences proved a challenge, but I wasn’t above butchering the language to get my point across.

Probably the highlight of my foray into learning Spanish took place one evening at a telephone booth near Plazuela Machado. I had been invited to join a group of ex-pats from the United States for a night of Karaoke, and I needed to tell Gloria I wouldn’t be home for dinner.

After dropping my pesos in the slot, I kept getting a recording in Spanish by a very authoritative-sounding woman who might as well have been saying, “You have no idea what you’re doing, do you?” When I finally got Gloria on the line, I very slowly stumbled through, “Yo no voy a casa para comida,” which I think meant “I’m not going to the house for dinner.” When she replied, “Si, si,” that she understood me, I wanted to do somersaults. 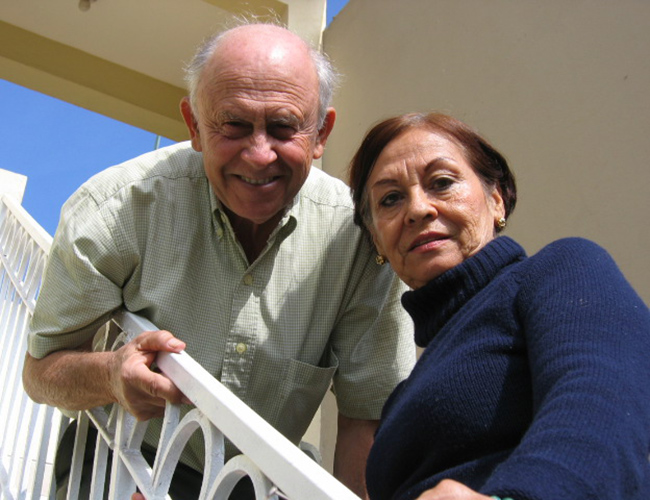 And it is just that kind of oral proficiency that Davis wants her students to achieve. She founded Centro de Idiomas de Mazatlan in 1973 with the goal of providing students with a working knowledge of conversational Spanish in a short period of time. And those who take her courses benefit from this results-driven focus.

My classmates, Gerry and Linda had attended a language immersion school in Guanajuato, Mexico, in the weeks before coming to Mazatlan. The two classroom experiences were very different, Linda said. “I felt that the school in Mazatlan was more about teaching you to speak the language and to become quicker at hearing and interpreting the language,” she said.

“Knowing Spanish can convert you from a tourist to a savvy traveler. This means that instead of being an isolated observer, you’ll be an active participant in events, able to enjoy extraordinary adventures due to your ability to communicate with locals,” she said.