You are here: Home1 / International2 / Madrid3 / Pamplona, Running Of The Bulls 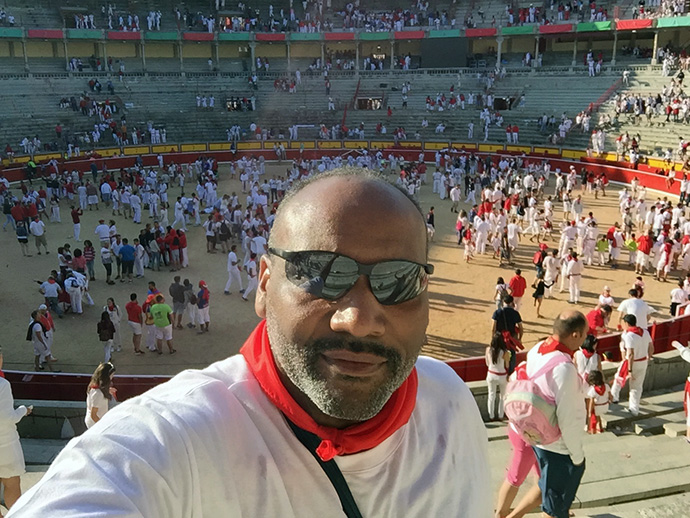 Pamplona, Running Of The Bulls

In Pamplona, Reggie Smith shares his story attending the “Running of the Bulls”. Each July, this unforgettable festival in an otherwise sleepy Spanish town, requires that you leave common sense at home to don white clothing and a red sash for the macho thrill of a lifetime.

We all have our bucket list. Some are more adventurous than others. In Pamplona, Spain, I engaged in one of my bucket list items very recently – San Fermin Festival or better known as “The Running of the Bulls“.

If you are not familiar with the festival – it’s chaotic scene. Otherwise, you have likely seen snippets of the festival on TV showing “mucho gente”, eh lots of folks, crowd to the otherwise conservative Pamplona. Participants engage in intermittent or non-stop partying – you choose. Everyone reads the memo. Wear white shirt and pants with a red bandana around your neck not to forget the red sash that seemingly serves as a color-coordinated belt. Young adults, longer on stamina than money, can be found sleeping in cars or the park under the stars. 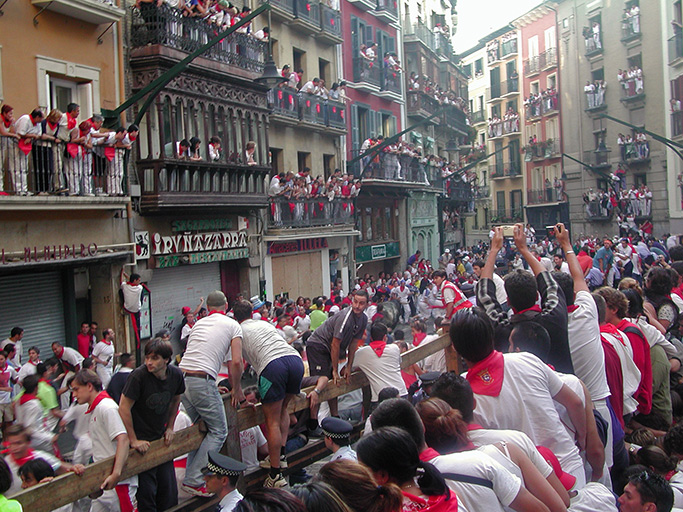 Running of the Bulls crowd

San Fermin Festival was first documented in 1591 to have its current dates of July 6th – 14th. People come from all over to see this spectacle. The Bulls are brought to a pen the day before and are stoked so that they can be even more perturbed the following day.

People huddle along the route at 5:30 to get a good spot. When the clock strikes 8am the first huge firecracker explodes to start the run. People are on balconies, fences, scaffolding, and window ledges all to bear witness to a thousand pounds of bad attitude and similar intent rumble down the cobble stone streets as men with no fear and or no feeling from drinking all night run for their lives and try not to be trampled or worse yet gored. The most brazen run along side grabbing or touching its side, tail or even horns.

Each year people are hurt with minor scrapes to ICU or even worse, death. I met an American, Adam, and his friends who were on a bender from noon to 6 that morning, and were contemplating on running. That is until their neighbor helped them with their decision as he pushed them out of the doorway they were peeking out of and onto the path. I guess that’s a San Fermin way of saying Good Morning! They ran for cover. 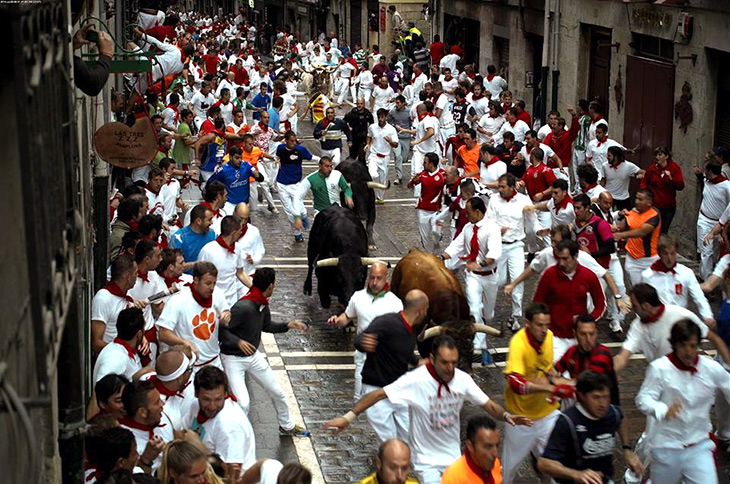 The bulls end up in the Plaza de Toros, a bullfighting stadium. What happens next is for some, crazy and for others, priceless. Some of the people who ran with the bulls end up there and a younger bull is released into the crowd assembled on the arena floor. Imagine that, a hundred or more, mostly younger males, some have been on an all night drink-a-thon, and a young scared bull mixed together. To finish the recipe, add the crowd and hence we have chaos.

The bulls charge at makeshift matadors, as they flee from the rapid advances of the toro. Some people are not so lucky as they are drilled by the bull. Even those who meet the business end of the bull’s horns are lucky as the horns are capped, but other parts, not so much. One bull was so amped up that he jumped the fence into the walk space for matadors THREE times. You should have seen people scattering to higher ground. 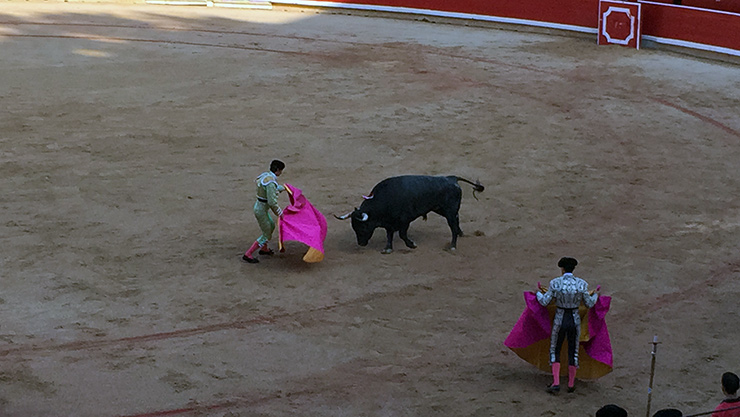 As Wesley, a college student who ran and ended up in the ring with the bulls stated, “the worst thing about this is that everyone in the arena was going for the bulls.” Ah, yeah, that’s the point. We came to see the people who volunteered to be accomplices with the bulls as entertainment for the masses.

The evening (or as they say, afternoon) around 6:30pm, the bullfights start. Many do not like this part, as it seems tragic for the bull. It was my first one, and the matadors – which means Maestro, per my ticket seller Javier – plays up the dramatic moment to draw a large response from the crowd. On this night the main matador is Paco, who dramatically entices the bull and then brings the animal’s existence to an end. Custom is that if the matador does well, the head honcho calls for him to keep the ear of the bull. Do you put that in a case or make a necklace?

If you love being in a festive environment, plenty of partying, concerts, impromptu parades, dancing, and oh yeah bulls, Running with the Bulls is a must experience event. 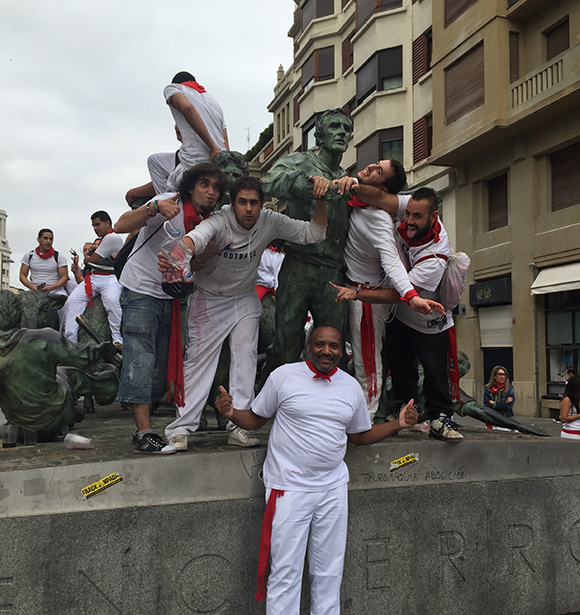