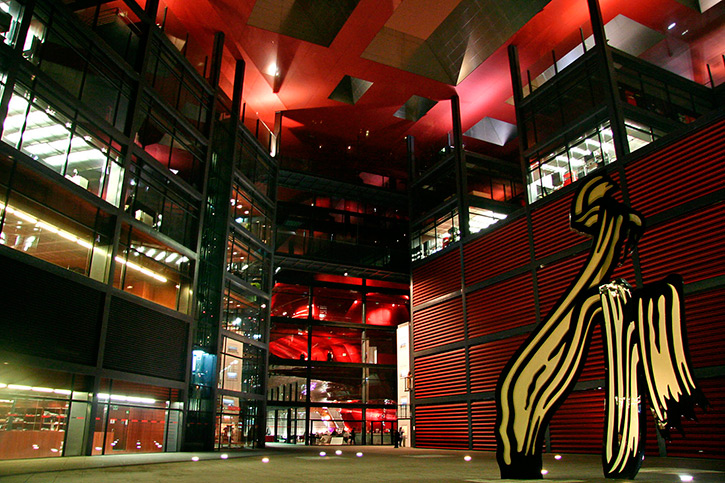 With the Museo Nacional Centro de Arte Reina Sofía, Museo Nacional del Prado, Thyssen-Bonemisza Museum and dozens of other smaller museums and galleries, Madrid museums has emerged from the shadows of Paris and London art worlds. In the last 20 years, Madrid has become an essential art destination in Europe. Here are four must-see venues that justify purchasing a Madrid Museums Pass.

Museo del Prado
Museo Nacional del Prado features one of the world’s finest collections of European art, dating from the 12th century (when Spain led the world) to the early 19th century, based on the former Spanish Royal Collection; founded as a museum of paintings and sculpture in 1819, it also contains important collections of other types of works; “El Prado”, its nickname, is considered one the greatest museums of art in the world, featuring works by Francisco de Goya, Diego Velázquez, El Greco, Titian, Peter Paul Rubens Hieronymus Bosch and many other premier artists; the Prado has also featured a major Pablo Picasso retrospectives in connection with the Cleveland Museum of Art, New York’s Museum of Modern Art and Barcelona’s Museo Picasso
DAYS & HOURS: Mon-Sat 10am–8pm, Sundays and holidays 10am-7pm; closed on 1 January, 1 May and 25 December
ADDRESS: Calle Ruiz de Alarcón 23
TRANSIT: Atocha Train and Metro Station
PHONE: +34 91 330 2800
WEBSITE: https://www.museodelprado.es/en/

Thyssen-Bornemisza Museum
Opened in 1992 and Located in the Golden Triangle of Art, which includes the Prado and Reina Sofia museums, Thyssen-Bonemisza complements the Prado’s collection of old paintings and the modern art housed at the Reina Sofía Museum by featuring movements and styles such as the Italian and Dutch primitives, German Renaissance art, 17th century Dutch painting, Impressionism, German Expressionism, Russian Constructivism, Geometric Abstraction and Pop Art; in terms of volume, Thyssen-Bornemisza collection boasts over 1,600 paintings and was once the second largest private collection in the world after the British Royal Collection; without a doubt, Thyssen-Bonemisza contains one of the most important private art collections of the 20th century
DAYS & HOURS: Open Wednesdays-Mondays 10a-10p; closed on 1 January, 1 May and 25 December
ADDRESS: Paseo del Prado, 8
TRANSIT: Métro Banco de Espana Station
PHONE: +34 902 76 05 11
WEBSITE: http://www.museothyssen.org/en

CaixaForum Madrid
CaixaForum Madrid is a museum and cultural center, it is sponsored by La Caixa; it was constructed by the Swiss architects Herzog & de Meuron, opening in 2007; the architect combined an old abandoned electrical station with new construction of floors encased with oxidized cast-iron, which was meant to be of a similar color and weight as the brick below; on the house next to it, there is a green vertical wall designed by French botanist Patrick Blanc; the red of the top floors contrasts with the plants on the wall, which match the character of the neighbouring Real Jardín Botánico; although, CaixaForum is a contemporary building, it often exhibits retrospectives of artists from earlier times
DAYS & HOURS: Mon-Sun 10am-8pm
ADDRESS: Paseo del Prado 36
TRANSIT: Atocha Train and Metro Station
PHONE: +34 913 30 73 00
WEBSITE http://obrasocial.lacaixa.es/laCaixaFoundation/home_en.html