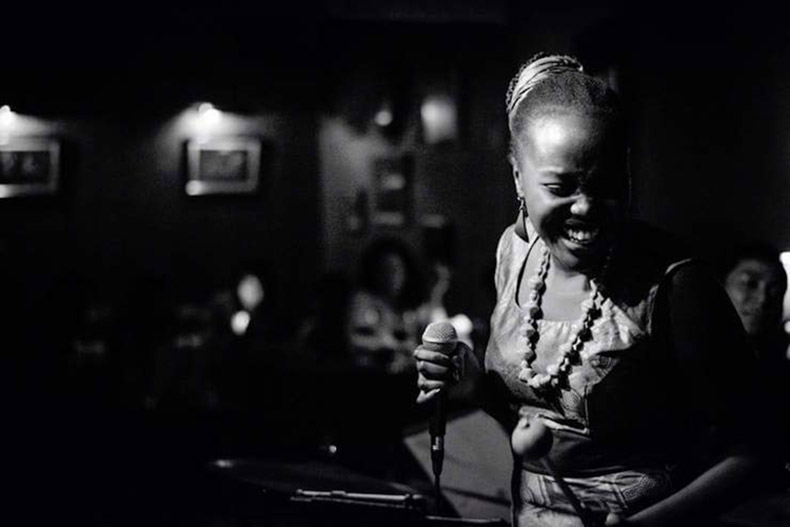 Listening to the silky vocals of Fatima, lead singer of Indigo & the Bright Lights brings to mind singers who have landed on U.S. R&B Billboard charts. When we caught her set at No Black Tie, she effortlessly covered India Arie’s “The Truth” and Janelle Monae’s “Say You’ll Go.” Her voice is rich and playful, seductive and vibrant.

And the whimsical name of her four-piece ensemble aptly fits the 27-year-old songstress, whose positive spirit shines through in her engaging stage presence.

Fatima makes patrons feel like she’s chatting with each of them over cocktails. “I feed off of your energy,” she said to an appreciative crowd. And she delighted the audience with an expert display of scatting, the difficult improvisational musical technique made famous by Ella Fitzgerald.

But even Ella would’ve given props to Fatima, who scatted in Arabic and Bantu, a language spoken in her native Uganda.

She was born to a musical family living in the small town of Western Uganda’s Fort Portal, an area known for its love of music. Her mother, five siblings, aunts, and cousins often burst into song for no reason, she remembers.

“I’ve always loved music since I was a child. I remember hiding in the cupboard and singing as loud as I could. I was eight or nine years old, checking my range. And my sisters would be knocking at the door, ‘Keep it down!’ 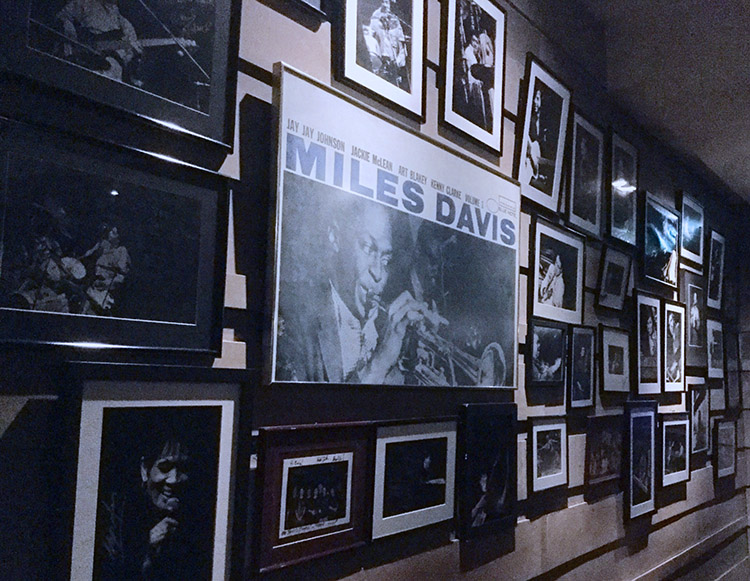 Even back then, she wrote poetry and penned her first songs. Today, much of her performance includes covers of popular international artists. But she’s still writing and singing her own songs, ones that inspire people who are going through tough times.

“I want to leave anyone who listens to our music or any of my songs feeling more upbeat. If they were having a bad day, they feel happier,” she says. “If they were feeling just out of it and want to give up, they’ll feel that there’s something over the rainbow.” Because she’s just starting out and catching gigs as she can, Fatima often hires different bandmates to back her up.

She’s always Indigo, but members of “the Lights” often change. At No Black Tie, she sang with Grace on keyboards, Junior on guitar, Jen Wei on bass, and Kaelvin on drums.

Despite her musical gifts, Fatima has had little visibility in the United States. But performing here is a dream that seems possible, given her optimism and soulful artistry.