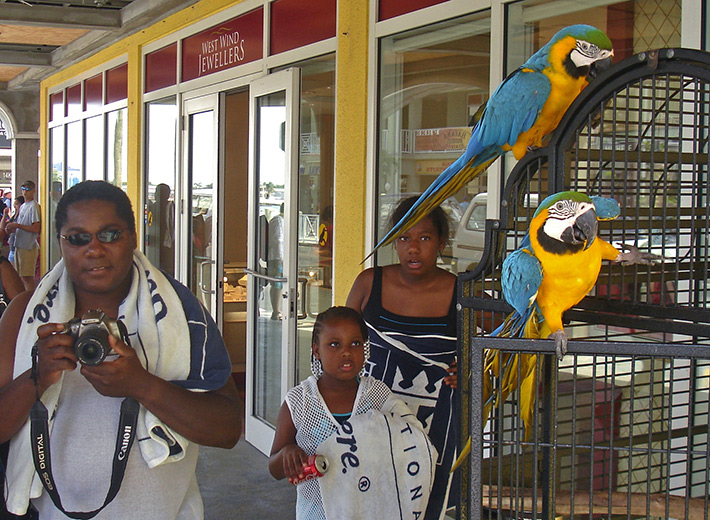 The island’s tropical climate averages between 70 degrees and 88 degrees. As a result, the “dress code” is always “island casual.” Anytime is a great time of the year to travel here, however, to avoid crowds and high prices, summer is off season.

Rainy season is May to June and September to November, but because it is a tropical climate, brief showers can come at any time. The hurricane season is from June to November.

U.S. dollars and major credit cards are also accepted by most establishments.

You can make phone calls or use the internet at stations near the cruise port. Use WhatsApp or get a local phone card for the best rates.

The post office is located at the corner of Edward Street and Cardinal Avenue. Post office hours are 8:30am to 3:30pm (Monday-Friday) and 8:30am-11:30am (Saturday).

Most stores are open 9am-5pm (Monday-Saturday).

Cruise ships use tenders (small boats) to take passengers to George Town. The ride is 20 minutes one way. You should allow 30-45 minutes for this transportation because of the security checks and waiting times between tenders.

Once you arrive on the island, you can walk to most shopping areas and restaurants. Taxis are plentiful for rides to major beaches and attractions.

The crime rate here is far less than the United States, but visitors should use common sense securing valuables while on the beach.

Compared to other Caribbean islands, Grand Cayman is clean with paved organized streets. The local people are courteous and helpful. Women can walk around without receiving unwanted attention from local men.