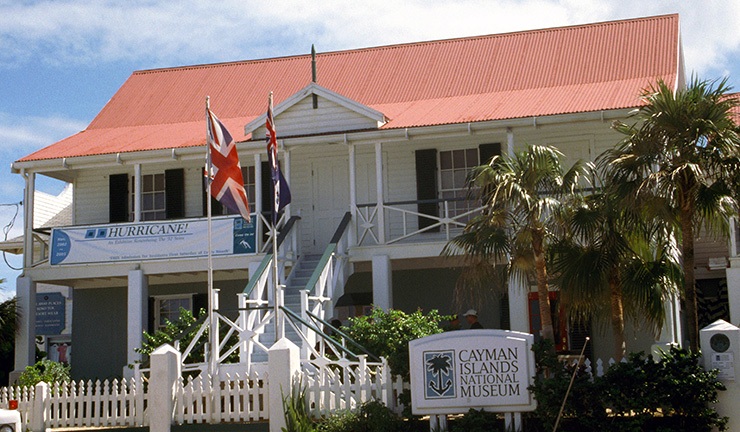 Christopher Columbus, while sailing from Panama to Hispaniola, encountered severe winds that pushed his ships off course in a westerly direction. He set eyes upon Little Cayman and Cayman Brac in May 1503. The ship’s log reported that he saw an abundance of turtles on the islands. Consequently, Columbus named the islands “Las Tortugas” after the abundant sea turtles sighted. The islands were later named Lagartos, meaning alligator or large lizard and finally, the name Caymanas was applied around 1540, derived from the Carib word for marine crocodile.

Sir Francis Drake visited the islands between 1585-86 and reported sighting Caymanas, like large lizards, which are edible. No doubt a welcome treat compared to eating gruel on board. An anonymous author in Drake’s fleet also described 10 foot crocodiles, which have since been hunted to extinction.

During the 16th, 17th and 18th centuries the islands were replenishment centers supplying abundant fresh water and food; including sea turtles and wild fowl. English, Dutch, French and Spanish explorers and pirates all passed through to make use of these services.

The Cayman Islands came under British control in 1655 when Jamaica was captured from the Spanish. They officially became part of the British Empire under the Treaty of Madrid in 1670, after which Spain recognized British possession of all lands, islands, colonies and places situated in the West Indies. For almost 300 years after that, the islands were administered from Jamaica.

Unlike most other Caribbean Islands, the first recorded settlement comprised of descendants of emigrants from the British Isles on Little Cayman and Cayman Brac between 1666-1671. Cayman Islands National Archive excerpts reveal that in 1773, 39 families, consisting of about 200 white people and the same number of Negroes (used as slaves) and Mulattoes lived on the islands. No AmerIndians were reported.

Legends of Cayman’s occupation by pirates during the 18th century including treasure caches left behind by Edward “Blackbeard” Teach, Neal Walker (in Little Cayman) and Henry Morgan, continue to be a questionable part of the folklore of this Western Caribbean country.

Pedro St. James great house in Savannah was the site of a historic meeting of residents which took place on 5 December, 1831 for the purpose of forming local laws for better Government. The elections took place on 10 December in the five districts on Grand Cayman and on 31 December they met as the first Legislative Assembly for the first time in George Town. Then in May 1835, when the emancipation proclamation of all slaves throughout British colonies was read (was authorized in 1934, but news traveled slowly) at Pedro St. James and at a number of other prominent places in the Cayman Islands.

In 20th Century, Caymanians became famous sailors and turtle fishermen. Many joined the merchant marine and earned reputations as some of the finest captains and seamen in the world. The Cayman Islands became recognized as the birthplace of recreational scuba diving in 1957, when Bob Soto opened the Caribbean’s first dive shop on Grand Cayman. And when Jamaica attained independence in 1962, the Cayman Islands chose to remain tied to Britain as a British Crown Colony. One advantage to their decision was that under British protection, it attracted many offshore banks. The country’s Tourist Board, was formed in 1966, launching the country’s early serious efforts at tourism promotion overseas. Also in 1966, the first banking and trust laws were passed, laying the foundation for the modern banking and financial services industry. Thus, offshore banking and marine tourism bolstered the economy today.

Then in 1971, the Islands received their first Governor and the present constitution was adopted in 1972. Its most recent amendments were adopted in February 1994. Today, tourism and the international financial industry form the basis of Cayman’s strong economy and prosperity.