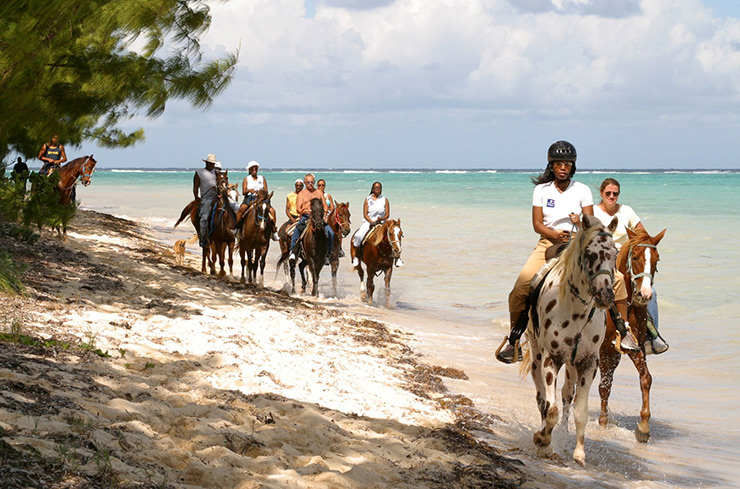 Boatswain’s Beach – Cayman Turtle Farm
Pronounced ‘Bo-suns’ Beach, this 23-acre adventure marine park celebrates Caymanians’ stewardship of the seas and relationship with nature through tactile, educational and memorable experiences. The park allows visitors to experience the rich history of Caymanian life in a fun and safe environment while providing opportunities to observe and interact with native flora, fauna is the new home of the world renowned Cayman Turtle Farm. The expanded facilities at Boatswain’s Beach ensure visitors continue to learn more about these amazing sea creatures as well as our new additions including the predators, birds, cayman, and other exciting creatures. See 16,000 sea turtles, some as small as 6 ounces, some as big as 600 pounds! The new park also houses a world-class research and educational facility that focuses on the conservation of sea turtles. Visitors can now enjoy a refreshing dip in the Breaker’s fresh water tidal lagoon and dine at Breaker’s Snack Shack.
PHONE: 345-949-3894
WEBSITE: http://www.boatswainsbeach.ky

Hell
Hell Grand Cayman, take pictures and send postcards postmarked from “Hell” and view the spectacular rock formations created by weathered iron shore. The Hell post office opened in 1962 to accommodate requests from tourists to send post cards home to their friends and families. The iron shore formations have been estimated at 1.5 million years old.

Rum Point
On the north coast of Grand Cayman, lies the ever popular Rum Point. Here, flat white sands backed by shade trees lead down to the calm blue sea. Peace and quiet is just one offering you’ll find at many of the Cayman Islands’ beaches and this sedate vacation style can be had at Rum Point without taking you too far away. Cities are close – without being too close – you’ll have everything you need. Snorkelling in the crystalline waters is a popular activity at Rum Point, as well as, volleyball, windsurfing, and parasailing. A beach bar and grill provides food and cold drinks, including rum.

Birding
The Cayman Islands are home to 50 resident species of birds, including native brown booby, red-footed booby, least tern, and white-tailed tropicbird The West Indian woodpecker and stripe-headed tanager can also be seen in Cayman. Grand Cayman has seven protected bird sanctuaries, including the QE II Botanic Park, Colliers Pond, Salina Reserve, and the Majestic Reserve. Cayman Brac is home to a 180-acre parrot reserve, while Little Cayman’s Booby Pond Reserve protects the habitat of the brown and red-footed boobies.

Hiking
Well-marked trails lacing the island range from easy strolls to a series of caves on the southern shoreline to two miles of nature trails through a reserve set aside for the rare Cayman parrot on the island’s bluff. Bring a pair of sturdy hiking boots, because the limestone on the bluff is rugged – and the panoramic views of the sea from the edge of the bluff reaches an elevation of 140 feet. Orchids and parrots burst with colour, doves and woodpeckers hover overhead, snakes and lizards wander the footpaths. Grand Cayman’s Mastic Trail serves up all this wildlife, plus a lush forest of cedar, mahogany, and palms, along with lowlands dense with mangrove. Via the National Trust for the Cayman Islands, the Mastic Reserve has been established featuring more protected trails through portions of the original dry, subtropical forests.