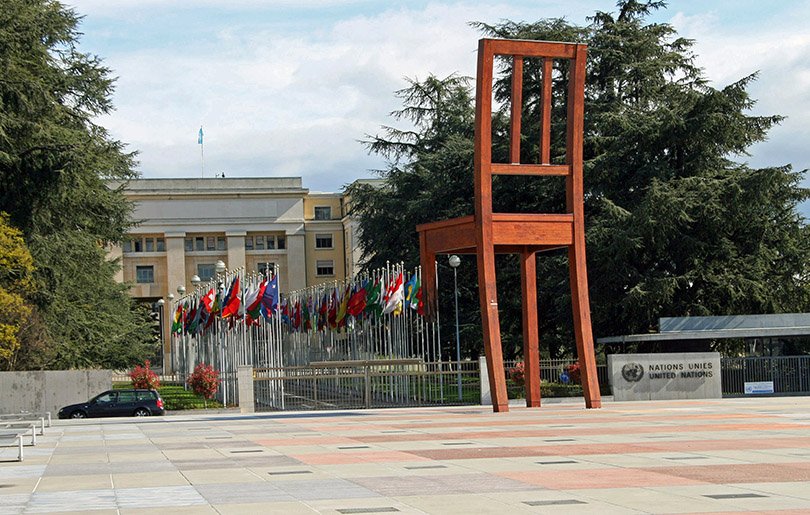 Geneva is where countries agreed to a common treatment of wartime non-combatants and prisoners of war.

Geneva is the 9th most important financial center ranked by the Global Financial Centres Index, or 5th in Europe behind London, Zürich, Frankfurt, and Luxembourg.

Though Geneva is next to mountain ranges like Mont Blanc and Chemin du Pommier, most of the city’s elevation ranges from 1,210 to 1,240 feet.

In summer, many people swim in the lake and public beaches such as Genève Plage and the Bains des Pâquis.

The nearby mountains are well-suited for skiing. Ski resorts such as Verbier and Crans-Montana are less than 3 hours away by car.

Geneva time is 6 hours ahead of New York City.

The city is divided into 8 districts separated by the river. On the left bank are: (1) Jonction, (2) Centre, Plainpalais, and Acacias; (3) Eaux-Vives; and (4) Champel. The right bank includes: (1) Saint-Jean and Charmilles; (2) Servette and Petit-Saconnex; (3) Grottes and Saint-Gervais; and (4) Paquis and Nations.

Memorize some French words to have an easier go of it.

Banks are open from 10 am-6 pm Monday-Friday. ATMs are plentiful and the most convenient way to get Swiss Francs.

Electricity is different than in the U.S., so bring an adapter or buy one at the airport or train station.

During the summer months, wearing jeans and a t-shirt is acceptable.

In the winter, bring lots of layered clothing because temperatures can dip into the 10s and 20s degrees Fahrenheit overnight.

In 2014 the incidence of violent crimes listed in the Swiss Criminal Code in Geneva was 144 per thousand residents. That is low by American standards.

Swiss banks have served as safe havens for the wealth of dictators, despots, mobsters, arms dealers, and corrupt officials.