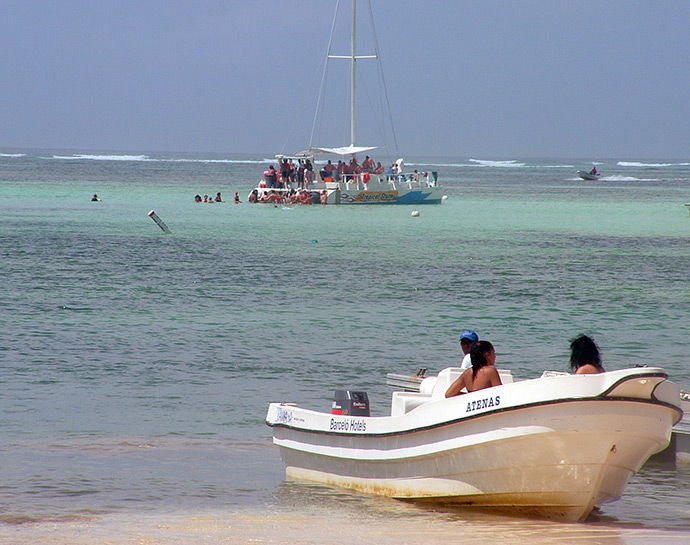 Punta Cana also known for its spectacular white sand beaches and striking panoramic views of both the Caribbean Sea and Atlantic Ocean on the eastern coast of the island, encompasses several communities: Arena Gorda, Bavaro, Uvero Alto, Cabeza de Toro, El Macao, Cap Cana and El Cortecito, among others, with a population of over 100,000 people. Attractions include the Marinarium, an interactive glass bottom boat adventure to swim with a wide variety of reef and marine life such as stingrays and sharks. Dolphin Island is another water-oriented adventure, where guests can frolic with the dolphins, learn about sea lions, or swim in the shark and stingray tanks.

Located on the eastern coast of the island, the Punta Cana area encompasses several communities — Arena Gorda, Bavaro, Uvero Alto, Cabeza de Toro, El Macao, Cap Cana and El Cortecito, among others — with a combined population of over 100,000 people.

The area’s spectacular white sand beaches and striking panoramic views of both the Caribbean Sea and Atlantic Ocean have made Punta Cana a popular tourist destination for people from all over the world, including large numbers of Europeans, Americans and denizens from other Caribbean islands and Latin America. The beaches, sans scores of people, extend for mile after picturesque mile, each more enchanting than the last.

As you might expect in a tropical island, the Dominican Republic is home to numerous wonderful hotels and resorts. However, one of the biggest draws to the Punta Cana area is the plethora of all-inclusive resorts, providing everything a guest could need or desire within its boundaries. Themes vary – some oriented towards couples, families, sports activities and so on, but there is something for everyone in every price range and level of amenities. 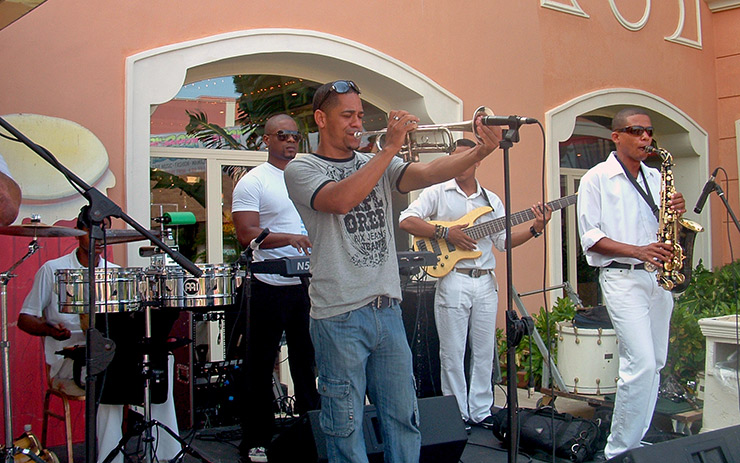 Visitors to Punta Cana enjoy a wide variety of excursions and activities, both on and off the beach, such as swimming, windsurfing, parasailing, scuba diving, catamaran boat rides, horseback riding, fishing, snorkeling, speed boating, shopping, jeep safaris, golf and fun at the casinos.

The more adventurous will enjoy an excursion to Boca del Diablo (the Devil’s Mouth) a natural blow-hole located on a cliff with views of migrating whales, as well as Cueva de los Mulcieglos (the Bat Cave) for cave exploration with these creatures of the night.

For a bit of history, visit Casa de Juan Ponce de Leon. At one time, the family home of famous 15th Century European explorer Ponce de Leon, known for his conquistadorean adventures in Florida and as a Dominican governor, the home is a tribute to his life and work. He and his family lived here in the early 1500s, during Spanish rule over the conquered the island.