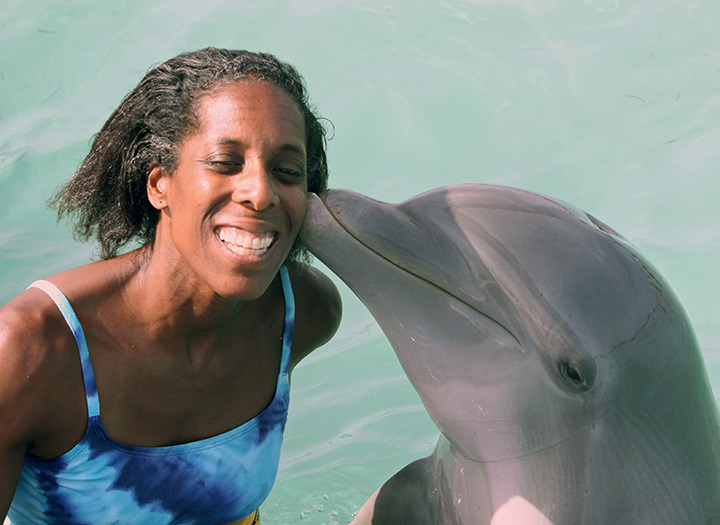 La Romana
Located along the southeastern coast of the island and encompassing the areas of the Saona and Catalina islands, Casa de Campo, Bayahibe, Altos de Chavón and Dominicus, La Romana is breathtaking. Attractions in the area include the Ecological Route and Our Father Archeology, an approximately four-mile route featuring five springs and well over 400 species of native plant life, as well as Fun Fun Cave, one of the largest caves in the world where adventurous climbers can appreciate this natural wonder.

Puerto Plata
Nestled between the Atlantic Ocean and the majestic mountains of the Northern Cordillera, Puerto Plata is a coastal paradise featuring beautiful resorts, 62 miles of beaches and quaint villages. Attractions include one of the few remaining cast iron towers in the world, the Puerto Plata Lighthouse, originally built in 1879. Considered by some to be the home of one of the finest rums in the world, the Brugal Rum Factory is the world’s third largest sugar cane rum producer and the largest producer on the island. The tour here includes rum tasting and of course plenty of take-home opportunities. For a stunning view of the city, take the cable car ride up to Isabel de Torres Botanical Gardens at the top of Mount Isabel de Torres, approximately 2,600 feet above sea level. Here you fill find a botanical garden encompassing some 35 acres of trails for horseback riding and hiking, numerous streams and brooks, and subtropical vegetation with native flora. Amber Museum of Puerto Plata, located in Villa Bentz–a restored Victorian mansion originally built in 1919 — is home to what is believed to be the most transparent amber in the world.

Museo de Arte Taino
Taíno Art Museum celebrates the history and culture of this native Indian tribe that inhabited the island before Columbus’ arrival in 1492. One of the first European forts built in “The New World” and the city’s only remaining colonial structure, Fuerte San Felipe (Fort San Felipe) was built to defend against English and French pirates. Today this former fort and prison is a museum featuring artifacts from Puerto Plata’s history. The focal point of Puerto Plata’s central park, the Catedral San Felipe Apóstol (Church of San Felipe) is architecturally stunning with its soaring white towers.

Ocean World Park
The first facility of its kind in the Caribbean, this water park encompasses a state-of-the-art marina, man-made beach and reportedly the world’s largest, custom-made dolphin habitat. Other highlights here include an ocean-themed casino, tiger feeding area, swimmable aquarium, shark interaction pool, and aviary and sea lion encounters. As a major boating port, it also has immigration and customs facilities for sailors.

Jewish Museum
Located in the quaint town of Sosua, during World War II the Dominican government extended their arms to almost 100,000 Jewish refugees fleeing Nazi persecution in Europe. The town is still primarily inhabited by Jewish immigrants and has become a very significant part of the island’s history. 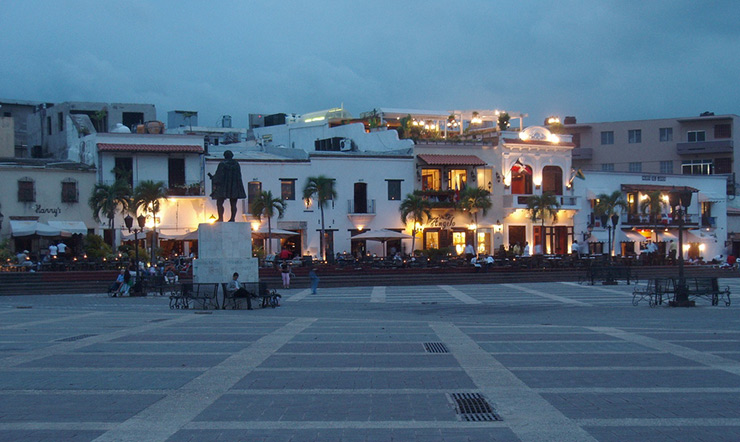 Punta Cana
Known for its spectacular white sand beaches and striking panoramic views of both the Caribbean Sea and Atlantic Ocean on the eastern coast of the island, encompasses several communities: Arena Gorda, Bavaro, Uvero Alto, Cabeza de Toro, El Macao, Cap Cana and El Cortecito, among others, with a population of over 100,000 people. Tourist attractions include the Marinarium, an interactive glass bottom boat (and if you wish underwater) adventure to swim with a wide variety of reef and marine life such as stingrays and sharks. Dolphin Island is another water-oriented adventure, where guests can frolic with the dolphins, learn about sea lions, or swim in the shark and stingray tanks.

Casa de Juan Ponce de Leon
At one time, the family home of famous 15th Century European explorer Juan Ponce de Leon, known for his conquistadorean adventures in Florida and as a Dominican governor, the home is a tribute to his life and work.

Santiago
The second-largest city in the Dominican Republic, Santiago is located in the central region of the island. It was originally named “Santiago de los Treinta Caballeros” — The 30 Gentleman of Santiago — for the 30 Spanish aristocrats who formed the original community not long after Christopher Columbus built a fort here in 1495. Rich in history and culture, including the arts, Santiago has a lot to offer visitors with cultural interests. The León Jimenes Cultural Center features Dominican photography, sculptures, indigenous artifacts, historical paraphernalia and art from local artists. Another cultural site of interest is the former town hall, Palacio Consistorial. Now the home of the city’s museum and art gallery, the beautiful structure was built in the Victorian-era Neo-Classical style.

Catedral Santiago Apóstol
Built in the late 19th Century, is the eternal home of Ulíses Heureaux, a former Dominican dictatorial president, while the Monument to the Heroes of the Restoration features expressive murals inspired by Mexican artist Diego Rivera, a specially commissioned marble edifice, and a 220-plus foot high pillar.

Santo Domingo
Highlighted by beautiful European stone buildings and cobblestone streets, Santo Domingo is one of the oldest cities in the Caribbean. The heartbeat of the island, this cosmopolitan city of 3 million offers a great deal for both denizens and tourists alike. One of its most interesting aspects is that it is an amalgamation of old world buildings and customs, and modern luxuries and amenities. Popular attractions here include Parque Colón (Columbus Park) located in the Zona Colonial (Colonial Zone) and named after Christopher Columbus. A focal point in the city, the park is truly the place to see, be seen, relax and enjoy the Dominican ambiance. Everyone from families to business people, couples and the elderly flock here to just chill on the inviting benches or stroll amidst the beautiful tree-lined streets. At the center is an impressive bronze statue of its namesake. Also located here is possibly the first cathedral in the Americas (many of the cathedrals here claim to be the first), Cathedral Metropolitana Santa María de la Encarnación or more commonly known as Catedral Santa Maria (Santa Maria Cathedral). Originally a hut constructed of royal palm, it is now an extraordinary structure occupying an entire city block.

Alcázar de Colón
Columbus Palace is a tribute to Don Diego, Columbus’ son. Historical accounts vary as to whether the elder Columbus had it built for his son, or if it was Diego’s enterprise. Nevertheless, this impressive 22-room fortress built during the early 1500s is still (after decades of abandonment, neglect and a loving restoration), a country landmark. Constructed in a combination of Baroque, Gothic and Plateresque styles, the Catedral de Santa Maria la Menor, again, possibly the oldest cathedral in the Americas, was completed in 1540. Architecturally stunning inside and out, the cathedral encompasses a coral-limestone façade, silver-chiseled high altar, funerary monuments, an extensive art collection, jewelry, period furnishings and more.

Golfing
A very popular sport in the Dominican Republic, many golf courses offer breathtaking views of distinctive destinations in both boutique and major towns all over the island. You’ll also find signature courses by some of the world’s greatest golfers like Robert Trent Jones, Jack Nicklaus and others.

Golfers in the Puerto Plata area will find the Costa Azul Golf Course, Playa Grande Golf Course, Los Mangos Golf Course, Las Aromas, the Santiago Golf Club, and Las Aromas Golf Club. These are just a few of the many outstanding course on the island.