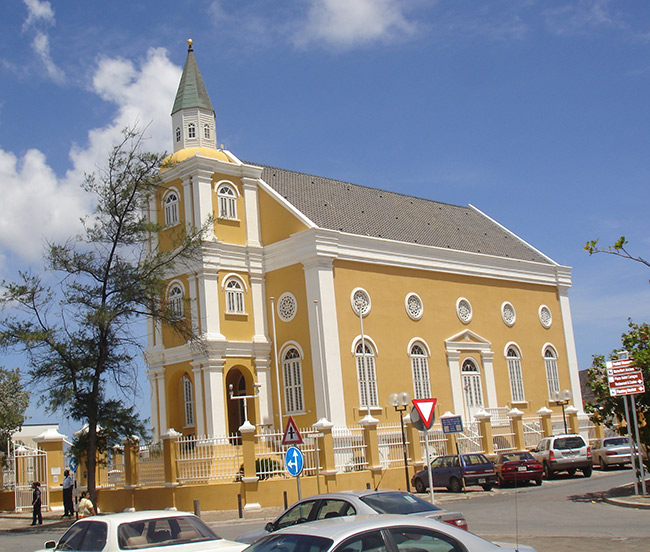 Like nearby Caribbean islands, Curaçao History begins with the Arawak Indian tribe, in what many believe to be a thousand years before Europeans arrived around 1500. In pursuit of distant treasures, European royals commissioned explorers to map the borders of South America and surrounding islands to claim as territory. The Spanish quickly discovered there was no gold or fountain of youth on the island. Even worse, farming was difficult due to a lack of irrigation and many salt ponds. So Curaçao became a lower priority than other Caribbean islands to colonize.

By 1634 however, the Dutch West India Company claimed Curaçao as its territory. Irrigation was developed to build plantations for corn, peanuts and lesser cash crops. With technical advances and capitalistic motivation to supply the European salt market, the Dutch figured out how to utilize Curaçao saltwater ponds, thereby shifting the local economy to salt mining and export. The deep water and natural barriers surrounding the island’s ports made them popular with Caribbean traders who were always fearful of pirates and privateers. Recognizing its status as the leading regional port, the capital city of Willemstad hosted merchant ships under every flag at the time.

According to one historian, Willemstad was named after Stadhouder William II. But a second historian who made another study of Willemstad, thinks that the city was named after Stadhouder William III, who occupied this position in 1672 and in 1688, became King of England. Either way Willemstad was named capital of Curaçao and the Netherlands Antilles, and grew up as a port town focused on trade with the surrounding Spanish, French and English colonies on the South American continental coast. To further its goals for more International trade, in 1675 Willemstad was declared a free port.

Given this Caribbean port was managed by business-savvy Dutch traders, slave trade quickly became the island’s economic engine. Native Indians did not work out as slaves due diseases unintentionally brought by the Dutch, but also due to their ability to flee the island to parts unknown by Europeans.

The Dutch had no such concern for imported African slaves, which become the order of the day. For two centuries, Africans were bought and sold on Willemstad docks before continuing on to South America, the Caribbean, Central America or North America. Some enslaved people were purchased to remain on Curacao plantations. This influx of cheap manpower made labor-intensive cash crops far more profitable.

Any important Caribbean port became a bone of contention, regardless of the owner. So British incursions caused Curaçao to change hands several times in the early 1800s. But wars are costly and the patience to maintain them is short, whether fought in Europe, America or the high seas. Thus war-weary nations met in 1815 for the Treaty of Paris. A component of that treaty was that Curaçao was legally granted to the Dutch.

To the plantation owners of Curaçao, everything after the treaty was going fine until organized unrest throughout the Caribbean and Americas forced them to abolish slavery in 1863. Just as it did in neighboring Caribbean islands when they abolished slavery, the economy of Curaçao tanked, remaining depressed for decades.

When oil was discovered in 1920, a new wealthy chapter began in the history of Curaçao. Oil attracts jobs and immigrants from all points of the compass. Additionally, the Caribbean cruise industry blossomed after World War II, boosting the local economy in the 1950s.

In 1997, the UNESCO World Heritage Site committee selected the historic city center of Willemstad—one of just six Caribbean sites chosen, for its “outstanding value and integrity.” According to a survey by the government monument bureau, there are 750 historic buildings in Willemstad. Fortunately, new scaffolding goes up almost every month to preserve the town beauty for all visitors and residents.