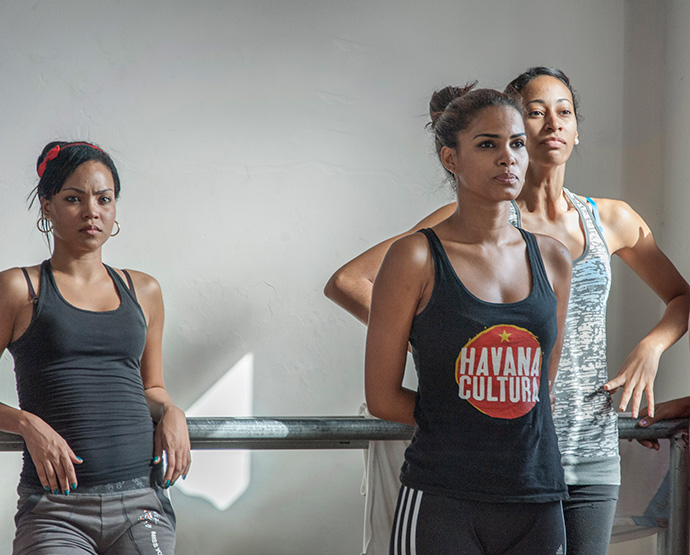 Casino is a partner dance that began at casinos deportivos (dance halls) where social dancing was enjoyed by white Cubans during the 1950s onward. Within casinos deportivos, the origin dance, Cuban Son, was fused with partner twists and turns adopted from the Cuban Mambo, Cuban Cha Cha Cha, Rumba Guaguancó and North American Jive to form Cuban Salsa.

In the 1970s, a popular Cuban dance known as Casino was marketed abroad as Cuban Salsa or Salsa Cubana to distinguish it from other salsa styles. Dancing Casino is an expression of popular social culture. Since Many Cubans consider Casino a part of their culture, if you’re gonna Salsa in Cuba, you better bring it!

Today, Cuban Salsa is danced a contratiempo. This means that, distinct from subsequent forms of salsa, no step is taken on the first and fifth beats in each clave pattern and the fourth and eighth beat are emphasised. In this way, rather than following a beat, the dancers contribute in their movement, to the polyrythmic pattern of the music.

A Casino dancer frequently improvises references to other dances and gestures and extended passages from popular Cuban heritage. What gives the dance its life, however, is not some anthropological description. Instead, the improvisational dance vocabulary added by Afro-Cubans takes it to another level. Such improvisations include extracts of Cha Cha, Rumba and Danzón. Of course how one feels, whether happy, sad or in between, add touches of expression too.