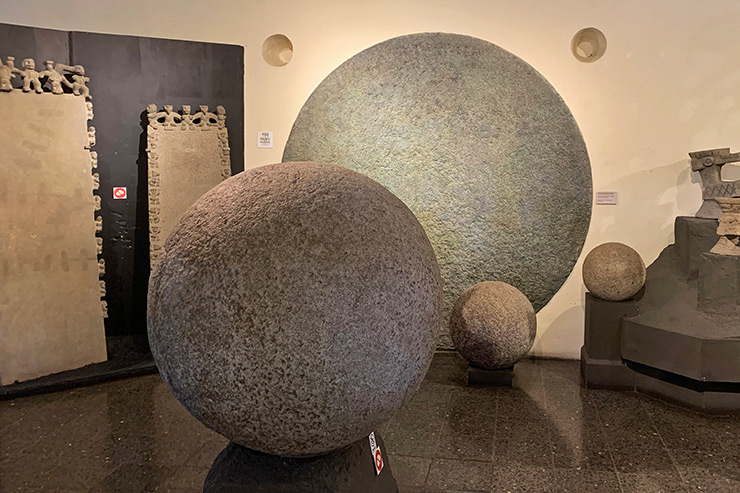 Costa Rica History begins the indigenous people belonging to overlapping Mesoamerican and Andean native cultures. Stone tools, the oldest evidence of human occupation in Costa Rica, are associated with the arrival of various groups of hunter-gatherers about 10,000 to 7,000 years BC in the Turrialba Valley.

Agriculture became evident in the area now called Costa Rica about 5,000 years ago. They mainly grew tubers and roots. About 2000 BC, farming communities emerged. These were small and scattered, although the timing of the transition from hunting and gathering to agriculture as the main livelihood in the territory is still unknown.

The earliest use of pottery appears over 2,000-3,000 BC. Shards of pots, cylindrical vases, platters, gourds and other forms of vases decorated with grooves, prints, and some modelled after animals, have been found.

Much later, the impact of indigenous peoples on modern Costa Rican culture has been relatively small compared to other nations. You won’t see major Mayan temples here, since the country lacked a strong native civilization. Most of the native population absorbed Spanish-speaking colonial society through inter-marriage. The small exceptions were Bribri and Boruca tribes who inhabit the mountains of southeastern Costa Rica.

The Spanish name La Costa Rica, meaning “rich coast”, was attributed to Christopher Columbus, who sailed to the east coast of Costa Rica during his final voyage in 1502. He reported vast quantities of gold jewelry worn by natives, which of course, attracted the Spanish Conquistadors. Alternatively, the Costa Rica name may have come from Spanish Conquistador Gil González Dávila, who landed on the west coast in 1522. He encountered indigenous people and obtained some of their gold by violent theft or gift from local leaders.

The Ujarrás historical site in the Orosí Valley features a church built between 1686 and 1693. In the 1700s colonial period, Costa Rica was the southernmost province of Guatemala, a Viceroyalty of New Spain. Costa Rica’s distance from the capital in Guatemala, Spanish prohibition from trade with its southern neighbor Panama, and getting sacked for its earlier gold and silver, made it a poor and sparsely-inhabited region within the Spanish Empire.

The low numbers of indigenous population available for Spanish slavery, meant most of the Costa Rican settlers had to work on their own smaller plots of land. For all these reasons, Costa Rica was mostly overlooked by the Spanish Crown and left to develop on its own. Costa Rica became a rural democracy with no oppressed mestizo or indigenous class. It was not long before Spanish settlers turned to the hills, where they found rich volcanic soil and a milder climate than that of the lowlands — perfect for growing coffee beans.

Costa Rica never fought for independence from Spain. In September 1821, after Spanish defeat in the Mexican War of Independence (1810–21), Guatemala declared the independence of all of Central America. That date is still celebrated as Independence Day in Costa Rica even though, technically it was under rule by Guatemala. Coffee was first planted in Costa Rica in 1808, and by the 1820s, it surpassed tobacco, sugar, and cacao as a primary export.

Two leadership groups formed, the Imperialists in favor of joining the Mexican Empire and the Republicans, represented by José and Alajuela, who defended full independence. Given that lack of agreement on governance, a Costa Rican Civil War began in the Central Valley in 1823. The conflict was won by the Republicans. As a consequence, the capital of Costa Rica moved further south to San José.

In 1838, Costa Rica formally proclaimed itself a sovereign nation. The considerable distance and poor communication routes between Guatemala City and the Central Plateau, where most of the Costa Rican population lived then and still lives now, meant the local population had little allegiance to the government in Guatemala.

After the main road was built in 1846, most coffee grown around farming towns in the Central Mountains was transported by oxcart to the Pacific port of Puntarenas. As the coffee market to Great Britain grew, a second priority was to develop roadway & railway from the Central Mountains to the Caribbean Sea. For that purpose in the 1870s, the Costa Rican government contracted with U.S. businessman Minor C. Keith to build a railroad from San José to the Caribbean port of Limón. Despite enormous challenges, the railway was completed in 1890. That lowered shipping transportation cost and increased trade with the eastern U.S., eastern Canada and Europe less expensive. 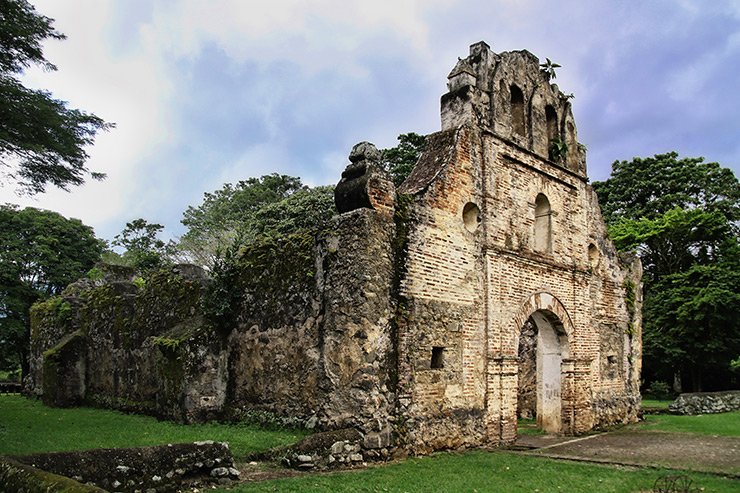 Most Afro-Costa Ricans descend from Jamaican immigrants who helped construct that railway and now constitute 3% of the population, mostly on the Caribbean side. In exchange for completing the railroad, the Costa Rican government granted Mr. Keith large tracts of land and a lease on the railway, which he used to produce bananas and export them to the United States and Canada. Bananas came to rival coffee as the principal Costa Rican export. In that process, foreign-owned corporations obtained oversized influence in the national economy and became a symbol of the capitalist exploitation. A major strike between the peasant workers and the United Fruit Company was an early step that led to powerful trade unions in Costa Rica and a collective worker-company agreement in 1938.

Costa Rica has only experienced two significant periods of violence after colonization. In 1917–19, General Federico Tinoco Granados ruled as a military dictator, until he was overthrown and forced into exile. The unpopularity of Tinoco’s regime led to a decline in the size and political influence of the Costa Rican military.

In 1948, José Figueres Ferrer led an armed uprising in the wake of a disputed presidential election between 1940 and 1944. With more than 2,000 dead, the resulting 44-day Costa Rican Civil War was the bloodiest event in Costa Rica during the 20th century. The victorious rebels formed a government junta that abolished the military altogether, and oversaw the drafting of a new constitution by a democratically elected assembly. The junta transferred power to the elected president in 1949.

After the coup d’état, Figueres became a national hero, winning the country’s first democratic election under the new constitution in 1953. Since then, Costa Rica has held 14 presidential elections, the latest in 2018. With uninterrupted democracy dating back to at least 1948, the country is the region’s most stable. Costa Rica has enjoyed greater peace and political stability than most its fellow Latin American nations in the rest of the 20th century to present.