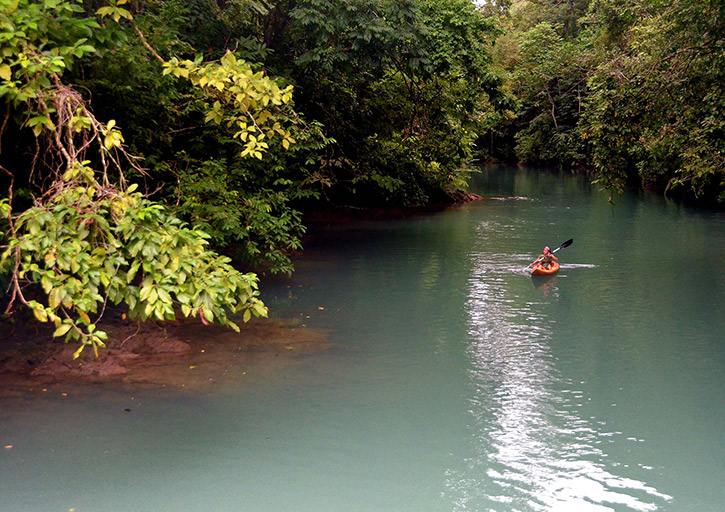 Without question, Costa Rica is one of the most stunningly beautiful countries in the world — Lysa Allman-Baldwin, Soul Of America

Costa Rica’s greatest national treasure is its plethora of natural diversity, most of it found in its national parks, biological reserves and wildlife refuges. In fact, Costa Rica boasts two distinct coastal regions, three major mountain ranges, dense rainforests and 12 micro-climates from the sea, to the lowlands, to the mountains.

Although Costa Rica lies in close proximity to the equator where it would generally be classified as having tropical weather, its distinctive micro-climates cover the gamut from hot and humid, to cool and breezy, to misty and foggy. And then there’s the rain—“wet” at 100 inches of annual rainfall, and “super wet” with 25 feet of annual rainfall. Yet despite these extremes, the hottest hot hovers around 85 degrees and the lows dropping to only about 55 degrees.

The dense forests found in Costa Rica are primarily classified into three groups — Rainforests, Cloud Forests and Tropical Dry Forests. The Rainforests are located in the lowland regions not far above sea level and where it is generally warmer. Cloud Forests are found in the high elevations, typically above 5,000 feet, where, yes, there are lots of clouds due to the cooler mountain temperatures, but still a very humid climate.

Tropical dry forests are also found in lowland regions, however these areas are subject to long periods of low precipitation and moisture and are not as green as their sister forests. In fact, you will find that most of the trees here are deciduous, and a plethora of exotic grasses suitable for this type of climate.

Costa Rica is also home to several Humid-Tropical Forests – those sandwiched between the mountain ranges and the plains which take on the characteristics of both of its “bookends.” In each, the topography, amount of rainfall, waterways, plant life, and other factors all play into what type of forests they have become over time and how they flourish today.

Located in the Puntarenas region on the western side of the country bordering the Pacific Ocean, Manuel Antonio National Park is one of the smallest, yet one of the most highly visited national parks in Costa Rica. The park possesses a vast diversity of wildlife including sloths, bats, iguanas, squirrel monkeys, crabs, and other distinctive animals and insects, unique natural habitats, breathtaking beaches and lush rainforest canopies, that together make it one of the most beautiful and bio-diverse places in the world.

The Monteverde Cloud Forest Reserve, located 140 miles northwest of the capital of San José, is widely recognized as the home, and one of the few remaining habits, of all six species of the cat family: pumas, jaguars, jaguarondis, margays, ocelots and oncillas. Perched atop the Continental Divide and possessing an amazing eight life zones, its spans over 35,000 acres with some 1,200 amphibian and reptile species, 100 mammal species and 400 bird species.

Then there’s Corcovado National Park in the southwestern region of the country on the Oso Peninsula. As one of Costa Rica’s most remote parks, access is only by boat, light aircraft, horseback or on foot – no interior roads! Yet thousands of people a year are drawn to this 165 square mile area with more than 13 distinct types of vegetation. It has an unbelievable assortment of animal species which National Geographic called “the most biologically intense place on the planet.” 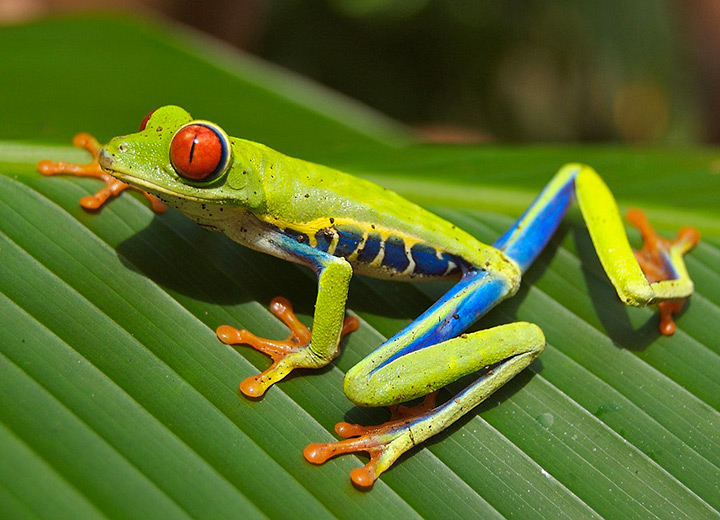 Costa Rica’s Biological Reserve is home to four types of forest due, to its location between the dry and humid areas of the Pacific Coast, where the topography encompasses rivers, limestone rocks and rolling terrain. In addition to possessing close to 750 plant species, it also has an estimated 300 macaws, many saved here from extinction. And it’s probably a good thing that they live in the trees, because down below some of the waterways are populated with massive crocodiles.