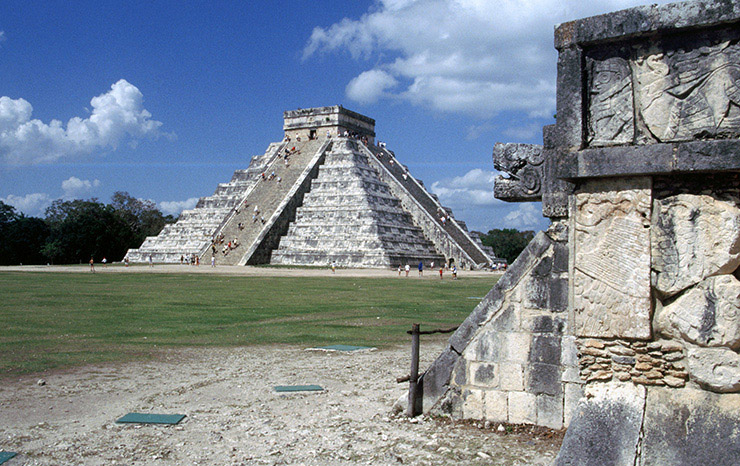 Finding the Cultural Side of Cancun in Chichen Itza

Swimming in the bluest of blue waters and lazing on the warmest of sands are two of the obvious pleasures of visiting Cancun. But to add cultural flavor to your vacation, it’s worth ditching the beach for a day-long bus excursion to Chichen Itza (CHIT chen EET za). And don’t forget your swim suit.

Chichen Itza was a Mayan city that thrived around 600 AD. Its architectural marvels of its ruins attract 1.4 million visitors annually. Most majestic is the Temple of Kukulcan (El Castillo), which means “The Castle” in Spanish. Though smaller than its Egyptian counterparts, the 100-foot-tall El Castillo pyramid offers similar breath-taking glimpses into a long-ago civilization.

Many of the other stone structures are grouped in distinct areas, the most prominent of which is the Great North Platform. It includes El Castillo, a majestic Temple of the Warriors and the spacious Great Ball Court, 164 feet long and bookended by two temples. Other buildings not to miss are the Temple of the Jaguars, the Observatory, the Church and the Wall of Skulls (stone carvings rather than actual skulls.) 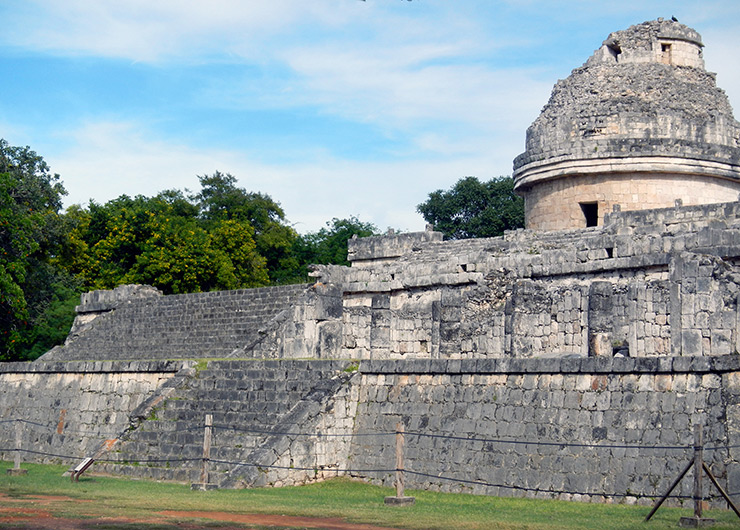 Our day trip included a first stop in the picturesque colonial town of Valladolid and a lavish buffet lunch. Not far away was Chichen Itza, where we were treated to a guided tour and extra time to wander the grounds on our own. Later, we chose to cap off the adventure with a swim in a nearby Cenote (Sin NOTE tay). This was a recommended add-on to the tour that we purchased in advance. The outdoor fresh-water pools lie deep in what looks like a giant well. Thick walls consist of limestone bedrock, and sunbeams danced across the calm surface.

The Cenote complex offered a changing area complete with lockers and showers. If you couldn’t swim or only feel comfortable splashing around in a life-guarded public pool, you could rent a life vest that keeps you afloat. 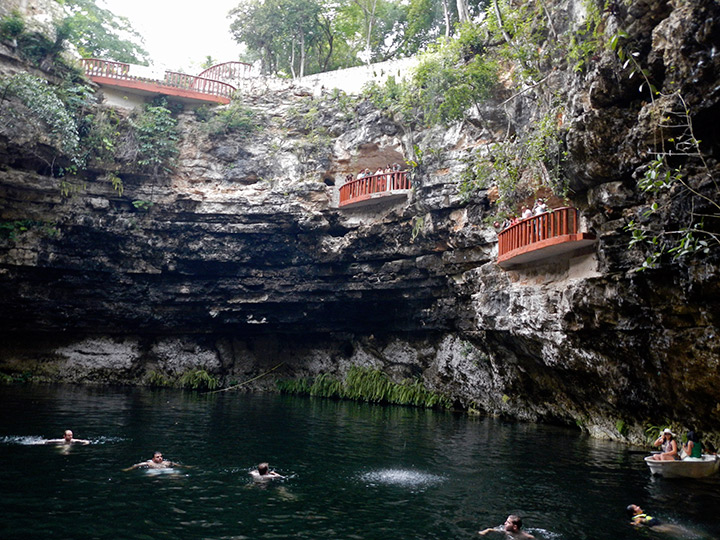 Chichen Itza is 120 miles from Cancun, and a lot of the day is spent on a bus. But it’s a luxury one. Plush seats, air conditioning and a tour guide filling you in on regional history isn’t a bad way to travel. As dusk fell on the ride back, the lights dimmed, and screens throughout the bus began showing a feature-length, feel-good movie about baseball and little boys from Mexico.

It was a nice touch to end a cultural getaway, just two hours from Cancun.

Note that dozens of companies (posted online) offer inexpensive tours to Chichen Itza. I chose Cancun Tours, but a Google/Bing search will provide many options. And you can choose from an array of other activities, such as swimming in the Cenote or visiting Xcaret, an ecological theme park.