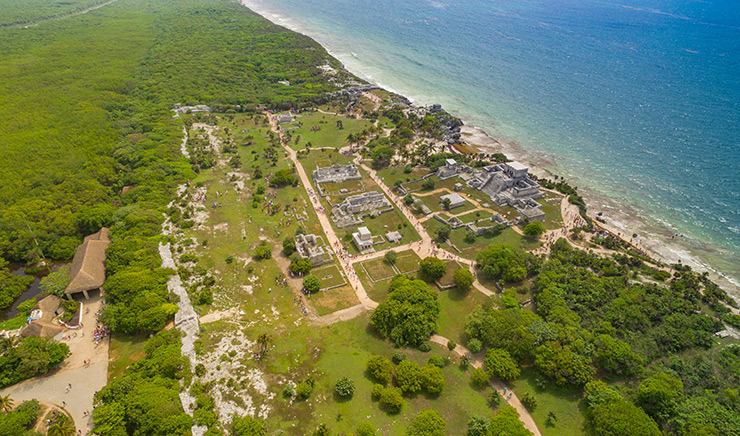 In 1960, Cancun was a deserted island located in a nearly forgotten Caribbean sand dunes in the shape of a number 7. It was separated from the mainland by two narrow canals that opened out on to a huge lagoon system. The coast was comprised of marshes, mangroves, virgin jungle and unexplored beaches. Some maps called it “Kankun”, which means “nest of snakes” in Mayan language. You can see how the name evolved to facilitate modern pronunciation.

During the 1960’s, studies of the Mexico tourism industry revealed Cancun History as an important source of revenue and new jobs. The Mexican government’s having experience with existing tourism destinations (Acapulco, Mazatlan, Puerto Vallarta, Ixtapa, Zihuatanejo and Cozumel), decided to develop Cancun as an integral tourism-based city from scratch. After evaluating dozens of potential locations, at the beginning of 1969, the Bank of Mexico began development of five integral tourism destinations: Ixtapa, Los Cabos, Loreto, Bahías de Huatulco and Cancun.

Despite many obstacles, there were key reasons to choose Cancun above the other destinations. The most compelling was to successfully compete with tourism destinations in the Caribbean Basin, take advantage of magnificent beaches, the proximity to Mayan Pyramids in Tulum (and others) and to foster the development of recently-created Quintana Roo state.

The Territory of Quintana Roo was linked to the rest of the country by the Merida-Valladolid-Puerto Juarez highway. It had four border areas classified as Duty Free zones and but a lightwieght economy otherwise. Under these circumstances, the creation of Cancun as an integral tourism destination was seen as major source of jobs for the region.

Construction of Cancun began in 1970, when a road was opened from Puerto Juarez to the island, a Master Development Plan was approved and a provisional air strip was built. Hotel Zone development was, in turn, divided into three phases. The first comprised the area from Bahia de Mujeres to Punta Cancun and the coast up to the inner limit of Bojorquez Lagoon; the second phase ran from Bojorquez Lagoon to Punta Nizuc, and the third from Punta Nizuc south, to the limits of the territorial reserve. 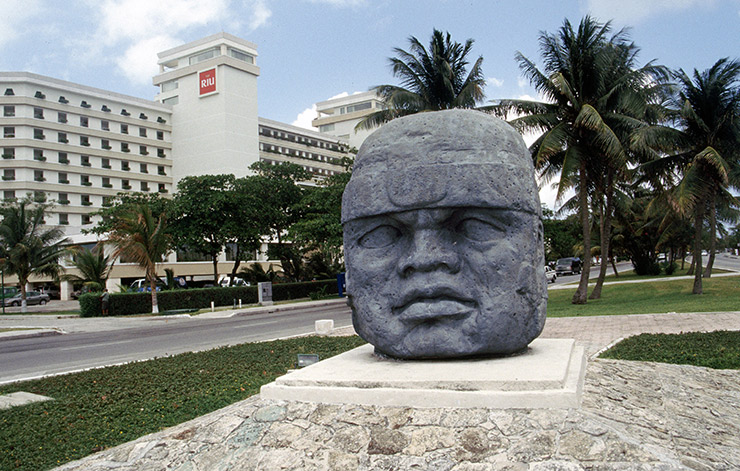 What about the utility infrastructure, you ask?

Many difficult drinking water, modern sewerage and electricity projects were required to create the Hotel Zone. Nearly 600 acres of topsoil was brought in for golf courses and fill to widen the island airport road. Mangrove systems were dredged to form Siegfried and Nichupté Channels to improve water exchange between the sea and the lagoons. The first hotels opened in 1974 and the international airport was inaugurated with 2,600 meters of runway and operating capacity for wide-cabin airplanes. Lastly, two government agencies merged to form the National Foundation for the Promotion of Tourism.

From 1983 to 1988, Cancun added 12,000 hotel rooms and more than 200,000 inhabitants. Cancun has grown so large, it has caused an ecological imbalance in the lagoon system, requiring corrective measures.

Cancun endured a pattern of bumps during its ascent in the tourism. For years it lacked regular flights, the 1982 currency devaluation, natural disasters, the collapse of tourism due to 9-11, and Hurricane Wilma in 2005. Nevertheless, the city has demonstrated its ability to bounce back on each occasion. Today, Cancun remains Mexico’s most dynamic city and has become the country’s largest tourism resort. It is also the Caribbean’s most popular destination, surpassing the Bahamas, Dominican Republic, Jamaica and Puerto Rico.