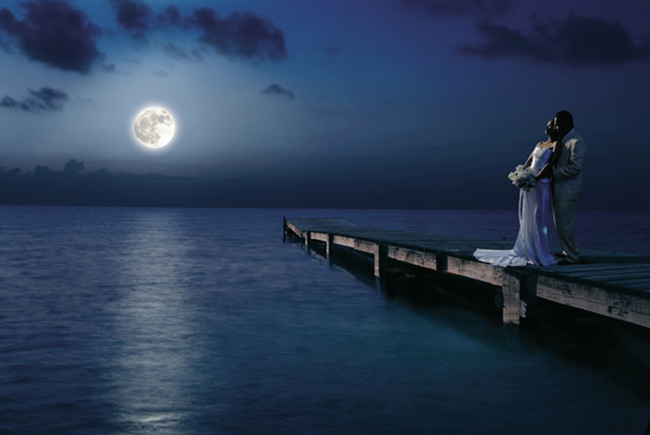 Cancun Attractions are plentiful if you know where to find them. I asked the hotel operator to call me at 5:30 on my first morning in Cancun because I didn’t want to miss the spectacular sunrise. By the time I trotted down to comfy lounge chair, the top of a hazy white sun was peeking above a still-dark Atlantic Ocean. What looked like broad brushstrokes of orange and yellow watercolor streaked the sky. Pale at first, the sun inched upward, growing brighter by the second and swathing the water and the beach in a golden glow. It was over in minutes, but well worth the early wake-up call — Jeanette Valentine, Soul Of America

By 10am, I could see miles of Cancun beach covered by miles of tourists, either slicked with tanning oil and laid out on loungers and colorful towels or kicking up the surf and swimming in the ocean’s warmth. Clear as glass and blue as indigo, the water seduces you easily. After filling my lungs with fresh air and feeling the sun’s kiss on my skin, I wanted nothing more than to slip into the surf, flip onto my back and float forever.

Cancun’s renowned white sand beaches have had to be reconstructed several times. Imagine a giant, aquatic dump truck scooping tons of sand from the middle of the ocean and depositing it on Cancun’s coastline. For US $20 million, the government hired a Belgium civil engineering firm for the dredging project. With Cancun generating between 35% of Mexico’s tourism revenue, the government was eager to recreate this coastal paradise.

In addition to renewed beach, more than 80% of Cancun’s 30,000 hotel rooms are new or renovated. Such upgraded accommodations are giving the city a reputation as a higher-end destination. That’s helping Cancun shed its rowdy-college-student-on-Spring-Break image. Girls still go wild, but fewer are doing it here.

Visiting Cancun just for the beach is like going to Disneyland just for Space Mountain. Sure, Space Mountain is cool. But who wants to spend an entire vacation on one rollercoaster? Among many other Cancun Attractions, consider: 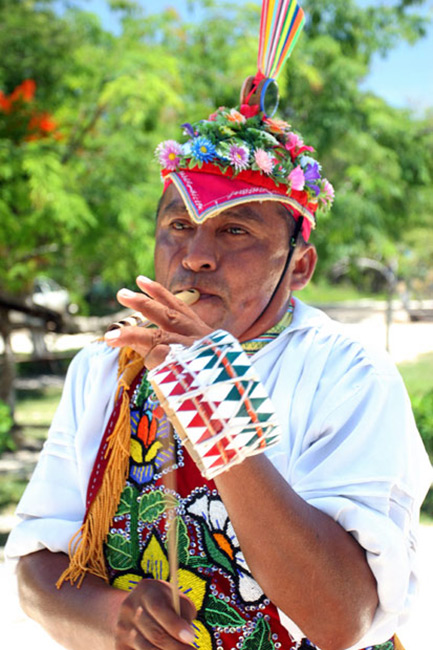 About an hour and a half’s drive away, the Mayan Ruins of Tulum is a must-visit. Cancun is just one coastal resort on the Mayan Peninsula, which brims with the culture of the Mayan people. Dating back to 1800 BC, their civilization is known for sophisticated mathematical and astronomy systems, awe-inspiring architecture and an amazing diversity of spectacular artwork.

Tulum is a walled city perched on a bluff high above the ocean and is considered one of the best-preserved ruins of the Mayans. Ancient builders used huge slabs of stone to create temples and fortresses, their facades weathered gray and white by years of wind and salt air.

The rugged structures stand in stark contrast to the neatly manicured lawns surrounding them. I could have been strolling a neighborhood park in suburbia as I followed gently sloping paths that led from one ancient monument to the next.

The sun was blistering, and at times I joined other tourists seeking refuge from the heat under branches of nearby palm trees. Climbing the massive steps made me think of the people who had ascended the same stairways thousands of years before. And I marveled at the breathtaking views of the ocean. To the east of Tulum, down rugged steps carved into the rocky cliff, lie a beach whose sands appear all the more white against gray rock and turquoise water.

Tulum was great, but to see a true archeological wonder, make the two-hour drive to tour Chichen Itza, the granddaddy of Mayan Ruins. The site covers more than six square miles and includes about 30 restored monuments of an original 100 structures. The main attention grabber is a massive pyramid called El Castillo, which translates as “The Castle.” A marvel of Mayan architecture, El Castillo stands 75 feet tall with nine terraces. Each of its four sides features staircases of 91 steep and narrow steps to the top.

Chichen Itza wasn’t on my tour group’s itinerary, and I’m kicking myself for not finagling a way to go anyway. As one traveler put it, would you skip the Pyramids if you were in Egypt and they were just two hours away?

Xel-Ha’s earth and ocean-friendly activities rival those of any Six Flags or Great America property. You can swim with dolphins, raft down underground rivers through caves, explore archeological sites, observe jungle animals in their natural habitats, visit a Mayan village, dance at a Mexican party, see a Coral Reef Aquarium, snorkel, swim, dine on Mexican cuisine in one of several restaurants and, at the end of the day, nap in a hammock on “Hammock Island” overlooking a sparkling bay.

I enjoyed the dolphin swim best. About 12 of us donned bright blue life jackets, sat through a 10-minute safety video and followed our trainer out to an Olympic sized pool surrounded by a wooden walkway. We slipped into the water and found our footing on a concrete platform that allowed us to stand waist-deep in the water. The trainer introduced us to our dolphin, who’s name I didn’t even try to remember. I was calling him “Flipper.”

Those of us who could swim, tread water in the center of the pool for more than an hour, romping with Flipper. The trainer tossed small fish near us to keep our dolphin interested in cavorting with us. At one point, Flipper was joined by a friend, and the duo took flying leaps over our heads. A photographer and videographer captured the entire experience, getting close up shots of each of us and our new finned friend. Photos and DVDs were available for purchase. 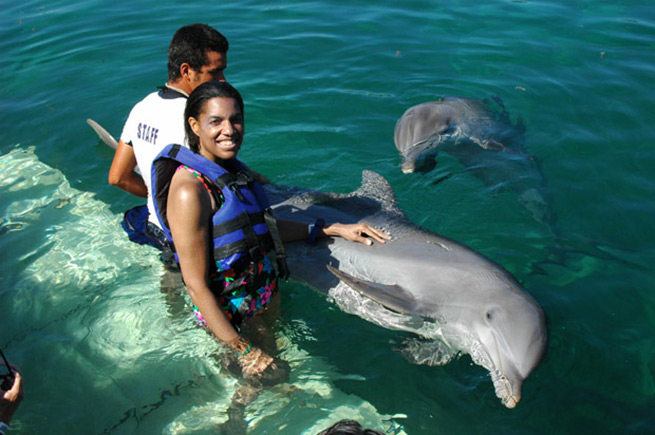 After several days on the go, I boarded an authentic replica of an XVIII Century Galleon ship with an authentic need to go to sleep. But I still appreciated the black lacquered sides, the red and gold trim, the gun ports and ubiquitous flags bearing skulls and crossbones.

We set sail at sunset. As the sky grew dark, white lights flickered to outline the masthead, transforming the boat into what looked like a true ghost ship plying still waters. Johnny Depp’s crewmates in Pirates of the Caribbean had nothing on this ship’s crew with their weathered faces, scraggly beards, and toothless grins. They were decked out in Pirate garb with red striped shirts, pantaloons and handkerchiefs with the skull and crossbones tied around their heads. While greeting us, they passed around red flags decorated with the insignia of our ship. Later, I’d learn that we were the red boat.

Egged on by a loud, wisecracking master of ceremonies, folks were soon knocking back cold ones and whooping it up on the dance floor to the latest Hip-Hop. By this time, I was wide-awake. With the sound system blaring, the beer flowing, and the crowd partying, few spied the other pirate ship bearing down on us until it almost rammed our side.

Our crew scampered onto the edges of the ship, holding onto the rigging and shaking their fists at what looked like an identical crew on the other ship – the green boat. Taking their lead, we jeered and shook our red flags at them. The crowd on the “enemy” ship jeered and shook their green flags at us. Someone laid a plank between the two ships, and swashbucklers drew swords and began fencing back and forth between the two vessels. I haven’t yelled and laughed that much in a long time.

If you’re not into swashbuckling, the buffet is reason alone to board the ship. Lobster, shrimp, steak and chicken, salads, pastas and breads washed down with beer or sodas.

When I climbed into the two-passenger speedboat with a travel mate, I was clear: I’m driving. So what if it took me six tries to back out of the slip? After the captain’s boat led our string of speed boaters past the pier and out into the open lagoon, I let the engine rip and sped through the mangroves, tropical shrubs that lined the water on either side of our sea crafts. 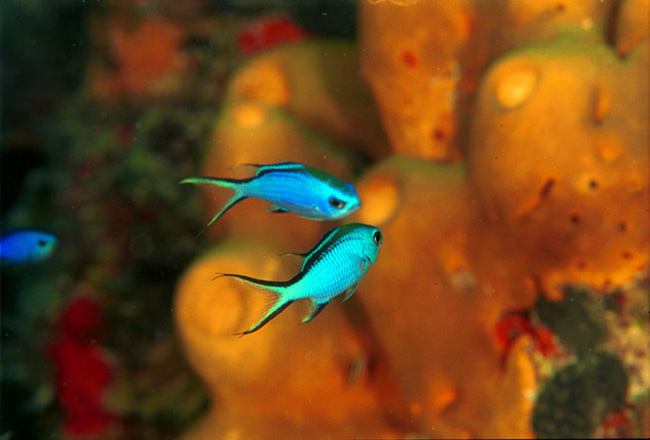 The captain signaled for us to stop after about 20 minutes, announcing that we were at Mesoamerican Reef, the second largest coral reef in the world. He showed us how to put on snorkeling gear. I plopped into the water, dipped my head under the surface and was caught off guard by the silence, which gave the scene reverence. The water was crystal clear, and a school of yellow-and-black fish swam right in front of my face. I had to wait a few minutes and swim around a bit to find another group of fish, but soon it was like they were on parade: Electric blues, bright oranges, and brilliant greens. Their colors were amazing. I can’t wait to snorkel in waters closer to home.

There’s so much more to do and see in Cancun, from world-class shopping to late-night dancing to elaborate sport fishing trips to golf and tennis. The fancy public relations brochures don’t do Cancun, and especially its beach, justice. Nothing can replicate the experience of stepping onto hot, white sands and feel salty breezes blowing from an ocean that looks like a canvas painted 50 shades of blue. For those of us who are newbies to this oceanside playground, it’s simply good to know that the beach is forever.