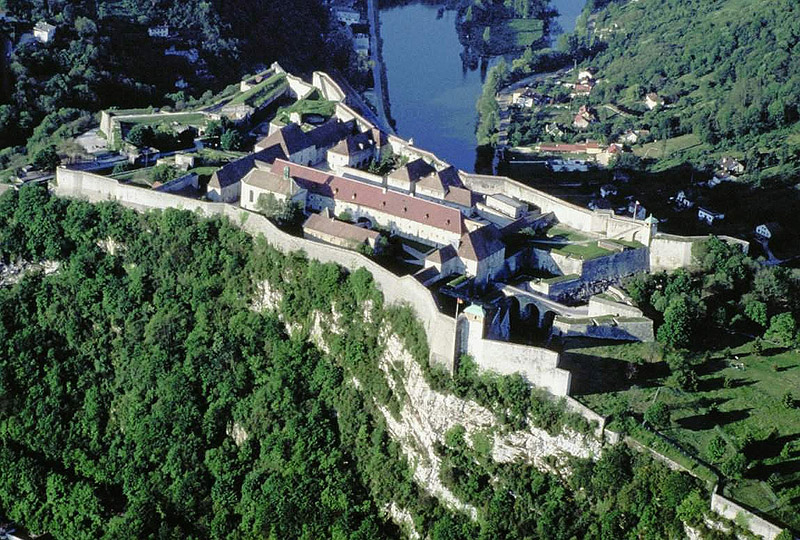 Established in a meander of the Doubs River, Besancon History essentially begins during the Gallo-Roman era. The city sits within an oxbow of the River Doubs and a mountain closes the fourth side. During the Bronze Age (1500 BC), tribes of Gauls settled the area. From the 1st century BC through the modern era, the town had significant military importance because the Alps rise abruptly to its immediate south, presenting a significant natural barrier. The city was initially called Vesontio.

Julius Caesar, in his commentaries detailing his conquest of Gaul, describes Vesontio as the largest town of the Sequani, a smaller Gaulic tribe. Over the centuries, the name permutated to become Besantio, Besontion, and Bisanz in Middle High German.

It gradually arrived at the modern French name, Besançon. Many locals retain their ancient heritage referring to themselves as Bisontins.

Besançon is also the historical capital of watchmaking in France. This has led it to become a center for innovative companies in the fields of microtechnology, micromechanics, and biomedical engineering. The University of Franche-Comté, founded in 1423, enrolls nearly 30,000 students. That youthful vigor provides progressive energy for the city’s cafes, coffeehouses, concert halls, and art galleries.

Thanks to its rich historical and cultural heritage and its unique architecture, Besançon has been labeled a “Town of Art and History” since 1986. Its fortifications, designed by Vauban, have been listed as a UNESCO World Heritage Site since 2008.

The most historic center of the town is characterized by the broad horse-shoe of the river Doubs, “La Boucle”, which encircles the old town. Vauban’s imposing Citadelle fortress blocks off the neck. The historic center presents an ensemble of classic stone buildings, some dating back to the 2nd-century through the Middle Ages.

The best-preserved ancient monument is the Porte Noire, a Gallo-Roman arch built under Roman Caesar Marcus Aurelius in the 2nd century. Located in the Saint-Jean district, it received a long restoration operation beginning of the 21st-century.

Immediately below is the Square Castan, a garden with a collection of archaeological remains from ancient times, including in particular eight Corinthian columns. On the other bank of the Doubs River, the remains of the Vesontio arena are visible, as its foundations have been unearthed. Other remains can be seen in anonymous places around this historic town.