You are here: Home1 / International2 / Berlin3 / Berlin, The Place to See and Be Seen 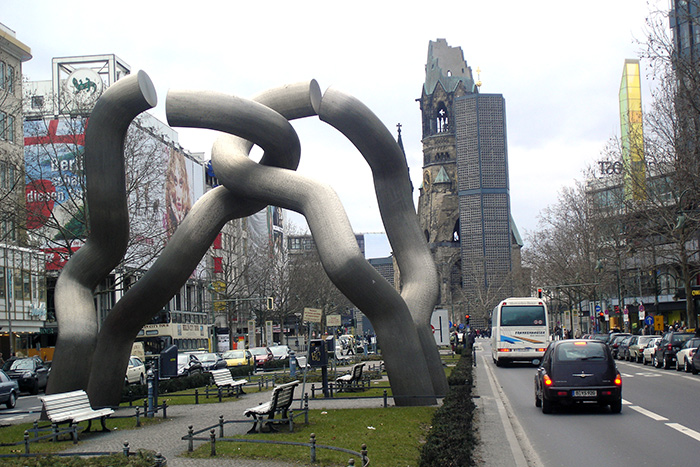 Berlin, The Place To See and Be Seen

by Donny Jones, Soul Of America

President John F. Kennedy, in his famous trip to Berlin in 1961, said “Ich bin ein Berliner”, meaning that he and the world shared the vision of a democratic Berlin, free of the devastating legacy of Nazi Germany and determined to be free of totalitarian rule, either by Hitler or the Soviet Union. At that time, Berlin was a divided city, separated by a wall that drew the line between democracy and communism. East Berlin, controlled by the Soviet Union, was still a wreck left with the stains of World War II and marked with poverty suffered under Soviet rule. Travel between the two sides of the city was impossible, with relatives separated by the wall and the infamous “Checkpoint Charlie”, the guarded entry point on Karl Marx Strasse. Friends and relatives in many cases were destined never to see or visit each other again.

In 1989, the call to “tear down these walls” was finally fulfilled with the fall of the Soviet Union. Berlin was unified again. The result was a dynamic city that thrives as the capital of the most successful and dynamic economy in Europe today. In its wake the city and the world realized President Kennedy’s call to share the benefits of being a Berliner.

Berlin has a long legacy for people of African descent too. Jesse Owens kicked Hitler in the teeth by breaking every track record and winning several 1936 Olympics gold medals. In the 1960s Dr. Angela Davis lived in Germany during her post-doctorate studies, spending considerable time in Berlin. What she found was a sea of friendly people with a proud heritage and a vision for a non-racist society. Given its past this would have appeared to be a daunting vision, but post-WWII Germany rapidly evolved into a diverse multicultural society with respect for all its citizens, including legal immigrants. Angela Davis spoke fondly of her time there and found that she could pursue her beliefs free of pervasive racism back at home. 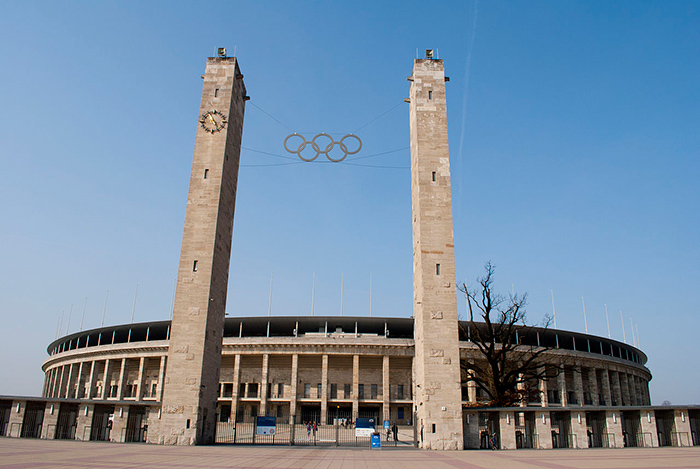 Another famous African-American from Berlin in the 1970s was Donna Summer, the queen of the Disco Era. Many fans thought she was German because her illustrious career started there and much of the music produced with Giorgio Moroder, was recorded in studios in Berlin. Moroder by the way was the music producer who scored the music for the movie Scarface and an early experimenter with Electronica beats. BTW, Berlin is a mecca for artists of all types and techno clubs, which stay open ‘til 2am. Serious partygoers hit the raves until dawn. But beware. Transit trains usually stop around 2, sometimes sooner. That’s when you’ll get your chance to ride in a Mercedes, because you’ll have to hail a cab.

During the Cold War, thousands of African-American soldiers lived in Berlin, Frankfurt and other parts of Germany. Many stayed in Berlin after their military service ended. Some went on to become famous musicians, artists, business leaders. Some came as students. Others are simply citizens who married native Germans and raised families. If someone in your family has lived in Germany, they may have started in Frankfurt or Cologne. But if they stayed, you can bet your bottom dollar (or Euro in this case) that they made their way to Berlin!

Today, Berlin, a city of 5 million, is home to approximately 650,000 people of African descent from all corners of the world: Nigeria, Somalia, Ethiopia, Kenya, United States, United Kingdom, France, Belgium, The Netherlands, Caribbean Islands and South America who work in office buildings, retail stores, as vendors, entertainers, factories, government employees, cab drivers and more. I found it interesting to see people who look, dress and act like me, an African-American, except they spoke German. 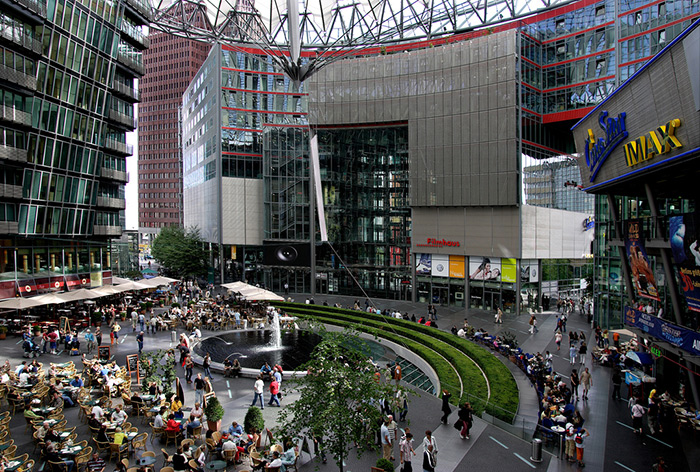 You might be surprised to find many American Latinos in Berlin, not just from Brazil and Argentina but also from Ecuador, Puerto Rico, Venezuela, Cuba, Mexico, and Columbia; both Afro and Anglo. The ones I met were very friendly and generally, tri-lingual (English, Spanish, German).

Although we had the pleasure of meeting some gay compatriots in Berlin, I did not have a chance to research the LGBT community. However, for those of you who need to know, it is my understanding that there is a sizable and lively gay community in Berlin. The city has an eclectic nightlife that would be tailor-made for your fun side, and a very tolerant living standard. You’ll also meet a lot of British media & advertising industry types here. They use Germany for media/movie work the same way the Hollywood and NYC media execs uses Canada for lower production costs and range of scenery.

My daughter, a well-traveled person who lived there in the early 2000s, refers to Berlin as her second home. A student at the time of her residence, she bonded with a diverse group of Eastern Europeans, Africans and Asians who also called Berlin their primary or secondary home.

Enough demographics and history … let’s talk about the place now. Berlin is a major city with a mix of 19th and 20th century German architecture and modern skyscrapers. To those of you with an architecture or engineering background, you already know that Berlin is where Bauhaus architecture style began — sleek modern lines with lots of glass and steel. You see Bauhaus style in contemporary townhouses and modern skyscrapers like many of those seen in Chicago mixed with 6-8 story continental buildings like those lining boulevards in Paris or Barcelona. You’ll also see tall TV towers that look similar to the CN Tower in Toronto or the Space Needle in Seattle.

East Berlin has a mix of looks; some parts look like LA with Spanish-style homes, other parts look like Stalin just left. You’ll be eerily amused seeing leftover Soviet military equipment and train cars on train tracks and occasional empty lots next bus stop. Other than historic places like Potsdam (a suburb where the Armistice Treaty of WWII was signed) or Brandenburg Gate, you will not see any swastikas.

As Berlin has a strong place in the history of wars, you will see leftovers of Nazi Germany, the Cold War, and even the 19th Century Prussian Wars and World War I in the form of bombed-out churches, Brandenburg Gate, Checkpoint Charlie (with a picture of Stalin painted on it), and what’s left of the now torn-down Berlin Wall. They’re in plain view, often sitting prominently among symbols of modernity like Starbucks, Sony Music, hip restaurants and bars. Berlin also has one of the most prominent Holocaust Museums in Europe. 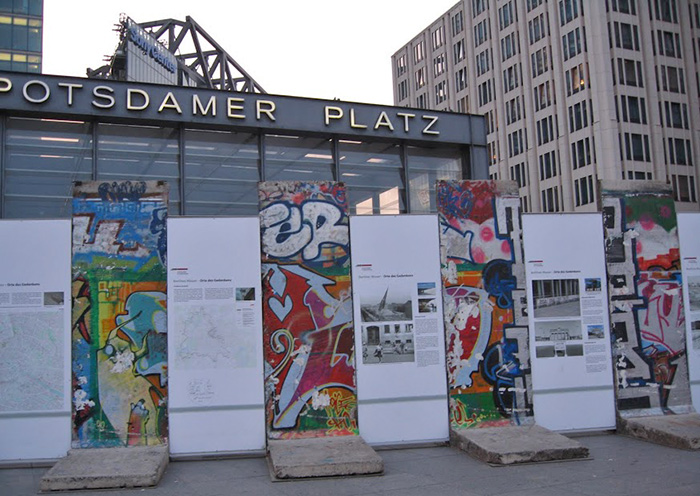 One thing I wish I had done was to visit the remains of the 1936 Olympic Village where Jessie Owens won all those track medals. Hitler would be turning over in his grave, if he could see the murals of Jesse Owens, Muhammad Ali and other heroes plastered over many walls around Berlin.

Potsdamer Platz is like Times Square or Piccadilly Circle. It has dual historic significance as the place where JFK gave his famous speech, and a place where Hitler spewed racism and anti-Semitism. Fortunately, it is now a place where people of the world freely express themselves by writing on fragmented remains of the Berlin Wall. Grab a Sharpie or chalk and write your own words. Check out the Sony Center, which is jointly a music museum, corporate headquarters in Europe, and a gold standard recording studio serving for recording artists to mix and arrange their beats right. Electronica was born here and its heavily used by Germany’s hip-hop and Afro-pop community. Beyonce has recorded here.

Hammacher Platz is a hipster district with clubs, coffee shops, vintage stores and other fun stuff for the youth in you. Wanna hear some live impromptu music? Go to Starbucks. What!?? Yup – I found myself feeling like an ass sitting in a traditional fancy European-style coffee shop sipping espresso, ignoring the Starbucks (who comes to Europe to go to Starbucks, right?) when I heard a hip Afro-Brit band playing neo-soul and hard rock across the platz. I was lucky to catch the last song as they played from inside to the crowd sitting in the courtyard drinking Starbucks coffee cheering. Lesson here: when in Rome … 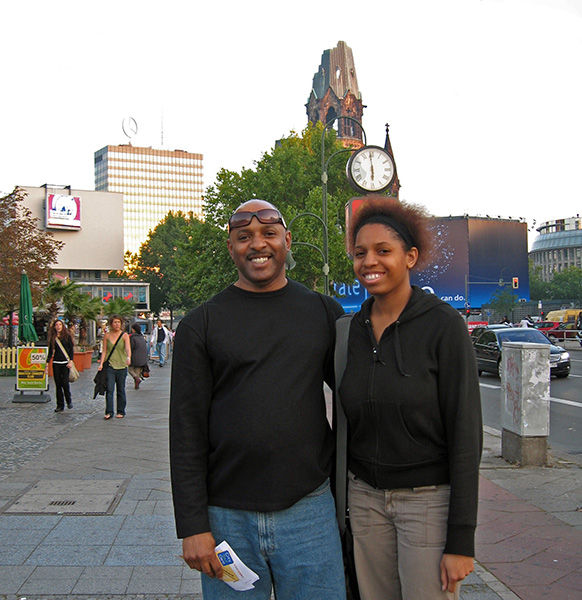 Don’t be surprised if you smell some high times at the outdoor cafes – weed is “illegal, but not that illegal here” as Germans like to say. You’ll pass hookah bars with people openly smoking hashish in pipes and cops passing by without a glance. I’m not certain, but I was told all you get is a ticket if you are caught openly walking down the street smoking a blunt. But I’m told distribution will getcha’ in jail quick.

I hope you got your 2 bits of helpful cheddar out of my summary of Berlin. There’s more, but you’ll have to see it for yourself. Safe trippin!