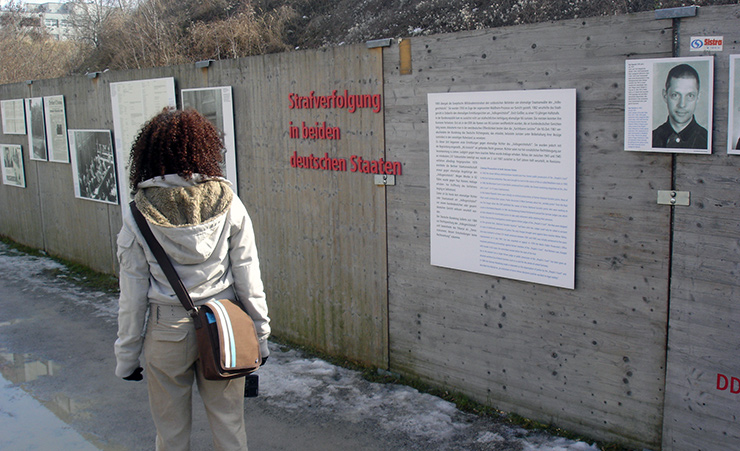 PHOTOS: Topography of Terror Wall and more of Berlin

Berlin has rebounded from its horrific past with a vibrant business district, trendy shops, dazzling restaurants, friendly brew pubs and perky coffeehouses. Its prodigious museum district has preserved enough relics from World War II to remind Germans and visitors about the dangers of ultranationalism, yet still earn accolades for the breadth and quality of its art collections. One visit and you might want to repeat John F. Kennedy’s famous words, “Ich bin ein Berliner” for “I too am Berliner.”

The Place To See And Be Seen
John F. Kennedy, in his famous 1961 trip to Berlin said, “Ich bin ein Berliner”, meaning that he and the world shared the vision of a democratic nation, free of the devastating legacy of Nazi Germany … More

History
Founded in the 13th century, the city has an eventful history. Almost no other metropolis has experienced such frequent, radical change transforming … More

Museums
With four of the world’s most popular museums and dozens of smaller museums and galleries, the city is a premiere arts destination in the world … More

Travel Tips
Though it exists, Germany seems less racist than America. When Germans use the term Coloured, there’s little racism behind it. Most stares you receive are because the small percentage of people … More