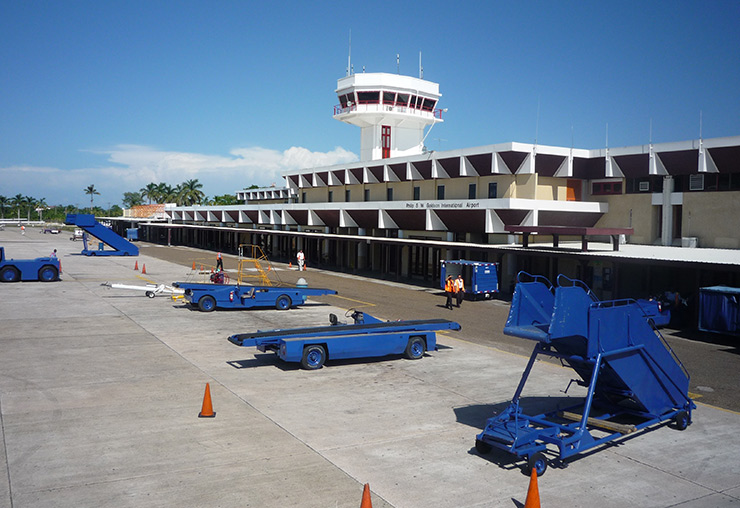 PGIA Airport is in Ladyville, 10 miles northwest of Belize City. A number of visitors choose hopper planes for the fastest transport to popular Belizean resort islands such as Ambergris Caye, San Pedro and Caye Caulker.

Departing passengers are encouraged to arrive 2 to 3 hours before scheduled flight.

Located at the exit to the PGIA International Arrival Hall is an Airport Taxi Counter where tickets can be purchased from Ladyville Airport Taxi Association. The airport is a 10 minute drive to downtown Belize City and you can speak English to drivers. Service to other destinations throughout Belize and can be arranged at the airport or by calling 225-2125 or 610-4450. You may want to purchase wine or rum duty-free at the airport, but smoking is not permitted inside the terminals.

Car Rental is highly recommended because many enticing sites are spread around Belize, which is the size of Massachusetts. From PGIA Airport you can rent Dollar, Avis, Enterprise, Alamo, Budget and Crystal cars, some also have 4-wheel drive vehicles. Hummingbird Highway is mostly paved and a gorgeous must-see between sites. Purchase a large Belize Map before you venture the highways of this small country. We don’t recommend driving at night due to roadway speed bumps, which can’t be seen in advance. 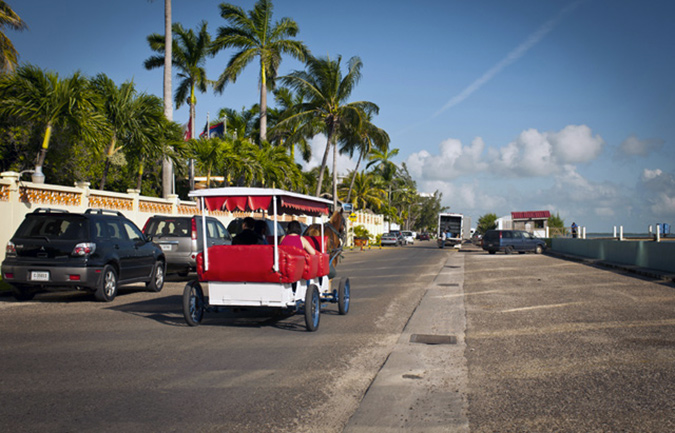 Attractions on the mainland are relatively spread out, but Belize has commuter buses to popular destinations. However, these buses are not as dependable as you would like. Most people use taxis to get around Belize City. After your first golf cart ride on smaller cays, consider a bike rental for maximum flexibility.

If dropping off a rental car at PGIA Airport’s Car Park A section, expect to pay a $2 exit fee on top of your rental fee.

Most visitors headed to Caulker Caye, Ambergris Caye or San Pedro islands take a taxi to Belize City Cruise Port at 111 North Front Street in downtown Belize City. There you will will lots of gift shops, cafes, lounges and hair braiding. Visitors to the resort islands should wait on San Pedro Belize Express Water Taxi area for their 1.6 hour to 3 hour ferry ride, with San Pedro being he longest ride. Those ferries leave hourly. Water taxis are the best mode of transportation to other cays as well. 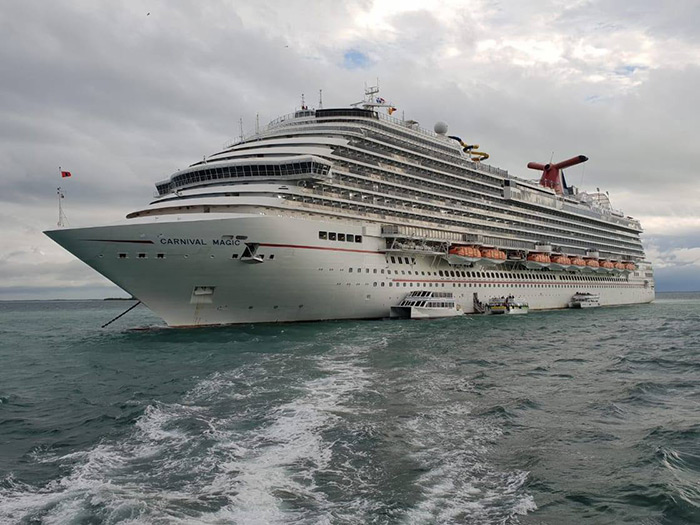 Belize City is a growing Western Caribbean port-of-call for Carnival, Royal Caribbean, Norwegian, Princess and Celebrity cruise lines. Due to the shallow waters off Belize City harbor, most cruise ships anchor a few miles away and tender guests to the cruise port. The exception is Norwegian Cruise Lines, which built a private island resort at Harbour Caye for its passengers, just south of Belize City. To address the shallow harbor situation, the nation of Belize is building a 25-acre island cruise port that eliminates the long tender ride to Belize Tourism Village by providing berths for four cruise ships, plus expedited tours dispatch, a crafts market, retail, dining, with over-water bungalows and beaches nearby. In 2021, cruise guests will use the new cruise port located 5 minutes from downtown Belize City.