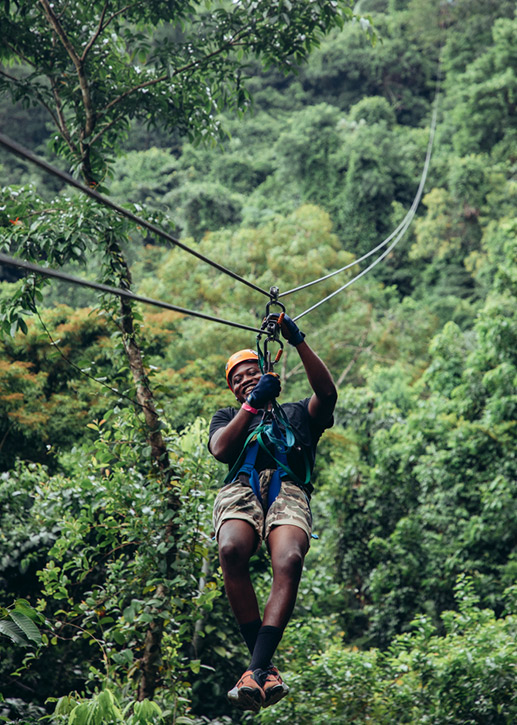 Begin your Belize Eco-travel experience with a ride up the New River from Orange Walk Town to the Lamanai Maya temples. The boat ride will feature amazing flora, fauna and wildlife like snail kites, jacana, morelet’s crocodile and iguanas.

Lamanai was occupied for more than 3,000 years, until contact by European explorers and conquerors. The Archaeological Reserve not only contains a museum with ancient Maya artifacts, but visitors can also see the remnants of two 16th century Spanish churches and a colonial sugar mill established in 1860. A major attraction of Lamanai is the well-preserved mask of a Maya ruler emerging from a crocodile headdress.

Lamanai, one of Belize’s largest Maya sites, sits on the bank of the 30-mile-long New River Lagoon in the Orange Walk District. It features monumental architecture of temples and palaces dating from the Classic and Pre-Classic Periods. Set in tropical forest and providing amazing views from several of its large temples, Lamanai provides you a unique glimpse into the culture of the Maya and the biological diversity of the tropical rainforest.

Lamanai is the community with the longest history of human habitation in Belize. It was settled around 900 BC and was still occupied two and a half thousand years later, when Spanish missionaries arrived to the site in 1544 AD. During their almost century- long domination, the Spanish built two “Ramada” Churches that were used in their efforts to Christianize the site’s inhabitants. Eventually, in 1640 the Maya in several frontier towns rebelled against churches and villages throughout Belize. By the 1800’s, investors began a sugar operation at Lamanai. A dramatic fall in world sugar prices, and outbreakes of malaria among the workers resulted in failure of the enterprise, and the mill and farm were abandoned, just a few years after its establishment.

More than half of the country consists of subtropical jungle or rainforest. Belize officials have determined that preserving the nation’s natural resources is a priority and now 80% of the rainforest is under government protection. These forests provide habitats for jaguars, pumas, ocelots, armadillos, tapirs and crocodiles. The country is also home to 4,000 species of tropical flowers, including 250 kinds of amazing orchids. Among the hundreds of bird species is Belize’s national bird, the keel-billed toucan, plus jabiru stork, and the rare agama heron. Variety is the watchword where there are many hummingbirds, parrots, macaws and snowy egret to enjoy as well. And then there are the howler monkeys, whose sound you will never forget.

It is highly recommended that you hire an experienced tour guide through the rainforest via this website or other reputable sources.
WEBSITE: http://www.enjoy-belize.com/rainforest.htm