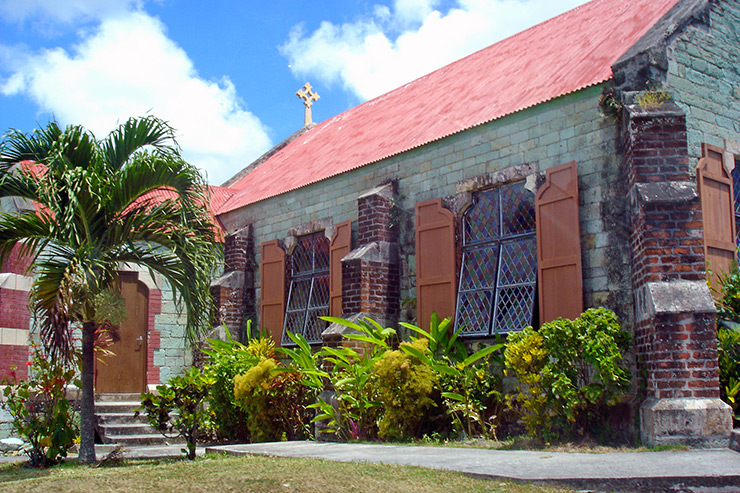 Antigua History begins with the first settlements dating from about 2400 BC by the Siboney (an Arawak word meaning “stone-people”). These peripatetic Meso-Indians created beautifully crafted shells and stone tools that have been found at dozens of sites around the island. Long after the Siboney had moved on, Antigua was settled by the pastoral, agricultural Arawaks (35-1100 AD), who were then displaced by the Caribs — an aggressive people who ranged all over the Caribbean.

The earliest European contact with the island was made by Christopher Columbus during his second Caribbean voyage (1493), who sighted the island in passing and named it after Santa Maria la Antigua, the miracle-working saint of Seville. European settlement, however, didn’t occur for over a century, largely because of Antigua’s dearth of fresh water and determined Carib resistance.

In 1632, a group of Englishmen from St. Kitts established a successful settlement. And in 1684, Sir Christopher Codrington introduced the island to large-scale sugar cultivation, like other islands in the Caribbean. Of course, his labor force would also be enslaved Africans. Over the next one hundred fifty years, sugar cultivation in Antigua was so successful that it grew to more than 150 sugar plantations. 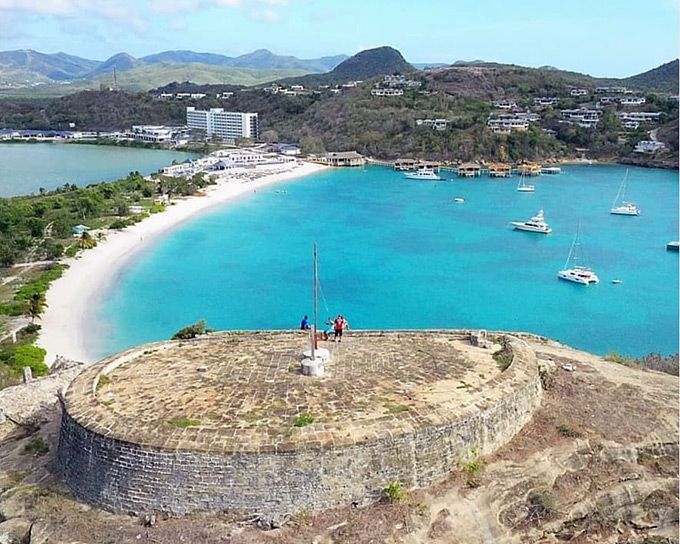 By the end of the eighteenth century, Antigua had become an important strategic port as well as a valuable commercial colony to Great Britain. Known as a gateway to the Caribbean, it was situated in a position that offered control over the major sailing routes to and from the region’s island colonies. Harbourtown has many historical reminders of those colonial days.

Horatio Nelson arrived in 1784 at the head of the Squadron of the Leeward Islands to develop the British naval facilities at English Harbour and enforce stringent commercial shipping laws. The first of these two tasks resulted in the construction of Nelson’s Dockyard.

In 1834, Great Britain abolished slavery in the empire. Unlike other British Caribbean colonies, Antigua instituted immediate full emancipation rather than a four-year waiting period. To the surprise of many, Emancipation did not destroy the island’s economy, but the sugar industry of the British islands was already waning. Worse, the lack of a transition period left former slaves instantly impoverished. They had no choice but to continue working on the sugar plantations, where conditions and wages kept them dependent on their former masters.

The rise of a strong labor movement in the 1940s, under the leadership of V.C. Bird, provided the impetus for independence. Labor strikes also placed a role. In 1951, when the Antigua Trades & Labour Union was in its infancy, Union field officers went to the estates and stated that no crop would start until the workers were told their rates of pay. Sugar cane cutters had already been on strike for 3 months and both the workers and the Antigua Sugar Estates were losing money. Meetings were arranged between the workers and Moody-Stuart, One of these was under the old Tamarind Tree in the cane fields near Bethesda.

In 1967, along with Barbuda, Antigua became an associated state of the British Commonwealth. In 1981, it achieved full independent status. Today, Antigua’s Carnival commemorates the earliest abolition of slavery in the British Caribbean and the island has an increasing focus on tourism.