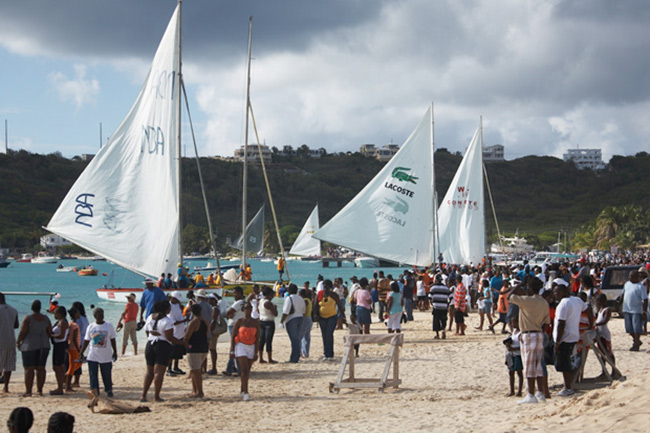 Anguilla Day at the beach

Anguilla History begins around 200 BC, when the Amerindian peoples ﬁrst arrived from South America. They lived off the sea and established farms and villages. Lifestyles were pretty much the same for the next 2,000 years, through a succession of tribes and cultures called the island home.

Most notably the sea-going Arawak tribe arrived with their religion based on the sun and moon and two sacred caverns, from where they believed all mankind originated. Relics of their religion are preserved to this day at Big Springs caves at Island Harbour and The Fountain at Shoal Bay. Archeologists state that the Fountain is the Eastern Caribbean’s most intact ceremonial site of this period. It features petroglyphs and many other preserved relics.

Life changed for the island in 1650, when the first English settlers arrived to colonize Anguilla. They established corn and tobacco plantations. For 6 years they were alone on the island until Indians from a neighboring island came and destroyed their settlement. Then the French overtook the island in 1666, but it was returned to Great Britain the following year under the Treaty of Breda.

By the 1800s with imported slaves from Africa, Anguilla developed a thriving plantation economy like most of the Caribbean. Rum, sugar, cotton, indigo, and mahogany were its chief exports. Then overfarming without proper crop rotation and unreliable rainfall eroded soil fertility. With less favorable conditions for farming Anguilla plantations dwindled relative to larger Caribbean Islands like Hispanola and Jamaica.

More change in the Caribbean was brewing in the mid-1900s, as island peoples thirsted for independence and self-determined prosperity. The Anguilla people established private proprietorships or became ﬁsherman or sailors. In 1958, St. Kitts, Nevis, and Anguilla became part of the Federation of the West Indies.

The Federation’s collapse in 1962 resulted in individual constitutions for most islands. St. Kitts, Nevis and Anguilla were made an associated statehood — a political decision that sparked the Anguilla Revolution, as Anguilla desired its independence.

Thus 30 May 1967 is celebrated today as Anguilla Day, which commemorates the repulsion of the Royal St. Kitts Police Force from the island. Britain intervened and a peacekeeping committee was established. Debates over Anguilla’s succession continued to be negotiated for another decade until December 19, 1980, when Anguilla became a separate Dependent Territory with some measure of autonomy in government.