You are here: Home1 / International2 / Amsterdam3 / Amsterdam My Story 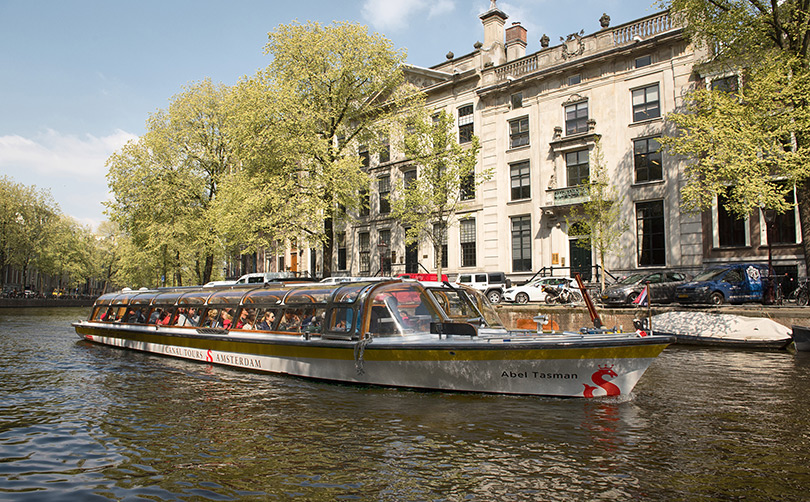 With more canals than Venice, more bridges than Paris and a laissez faire attitude for both residents and visitors, Amsterdam is one of the world’s most beautiful, vibrant and inviting cities – Mazel Pernell

The constitutional capital and largest city of the Netherlands, Amsterdam has a well-educated, diverse population. With a long history of tolerances of all kind, the city was Mecca for hippies in the 1970s and 1980s and is the builder of the first and only monument for gays. With 174 nationalities, Amsterdam is one of Europe’s most culturally diverse cities with immigrants from Morocco, Turkey, West India, China, Suriname, Africa and Pakistan. With exceptions, this multi-cultural, multi-ethnic mix provides an inviting cosmopolitan environment for visitors from all over the world.

Amsterdam has a generally mild climate with temperatures rarely dropping below freezing in the winter or exceeding the mid to high 70s in the summer. Morning summer rains are often a precursor to bright sunshine later in the day, causing Amsterdammers to carry an umbrella even on the hottest summer days.

Sometimes referred to as the Venice of the north, Amsterdam is built on 90 islands linked by more than 1300 stone and steel bridges across 62 miles of canals. One of the best ways to see the city is to take a canal boat tour. Hop on hop off tours make stops near 14 major museums, attractions and shopping centers. Reservations are not required in the low season but are highly recommended during the high season. A tour day pass costs less than $25 and is valid through noon the next day. Non-stop tours take about 90 minutes. With deeper pockets, visitors can choose architectural, candlelight, pizza, dinner, brunch, jazz or red light district cruises. 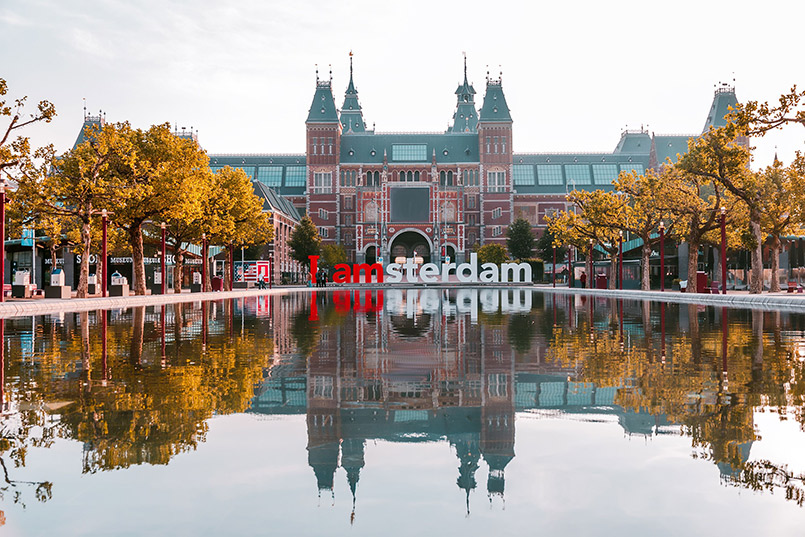 A compact, safe city about the size of Baltimore, Amsterdam is laid out along four concentric semicircles of canals. Even though navigating the streets can be a bit challenging at times, an unhurried stroll is still an excellent way to take in this beautiful city on the water. If the natives’ theories of “think in circles” or “follow the canals” don’t get you going in the right direction on foot, jump aboard one the trams. They are an excellent, reasonably priced, easy to use alternative for getting around the city. Taxicabs can be expensive and difficult to hail especially on summer weekends.

With bike paths connecting all of Amsterdam, bicycles are another leisurely, environmentally friendly way to see the city – no helmets required. With a ratio of almost one bicycle per resident, a large segment of Amsterdammers bike to their destinations. It is not uncommon to see couples peddling along dressed for an evening on the town. In fact, nearly half of all traffic movements in Amsterdam are by bicycle. Bike rental hubs can be found throughout the city. Rental rates vary from $5-15.

Amsterdam’s attractions are as varied as its visitors. With more than 50 museums, even the most avid lovers of art, fashion, technology, science, religion, history or fantasy will find one to pique their interest. Lovers of architecture will be enthralled with the city’s centuries old buildings fronting elements of gothic and renaissance architectural styles. Especially appealing to photographers are the rows of narrow canal houses with doll house like motifs. Many of the houses, erected as early as the 17th century, are no more than 30 feet wide with big narrow windows, decorative gables, very narrow stairs inside and pulleys outside to transport larger objects to upper floors. Visitors with a keen eye for architecture will see the old world influence in the three and four story New York City brownstones nestled together like the canal houses. The style was brought to New Amsterdam, now known as New York, by Dutch builders who learned to build up and use steep, narrow staircases to save space. 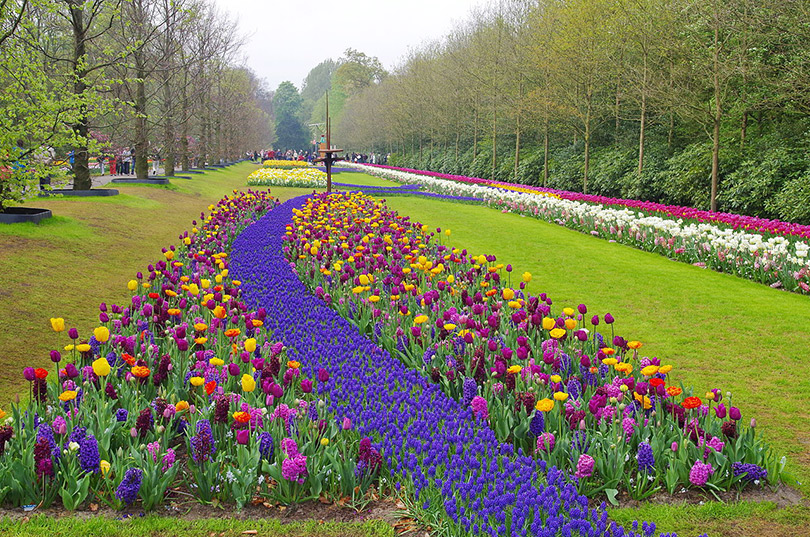 Centraal Station is the activity hub of Amsterdam. A beautiful old huge building in neo renaissance style built on three artificial islands, it is the first site seen by many visitors to Amsterdam. Buses, trams, trains and taxis all stop at the Station to accommodate the comings and goings of residents and visitors.

Just a short walk from Centraal Station is Dam Square, the historical center of the city and a popular gathering place for locals and tourists alike. A favorite place for people watching, one must move quickly to grab a table in one the many cafes and bars on the Square. Throughout the year, visitors will see mimes, clowns, street bands, protests, carnivals, and other activities in Dam Square along with more pigeons and bicycles than you can count. Either on Dam Square or within a short walk, visitors will find the National Monument, the Amsterdam Diamond center, the Royal Palace, Madame Tussaud’s Wax Museum, a variety of eating establishments, shops, and other places of interest. During the 1960s, Dam Square was a favorite hangout for hippies and still retains a laid back, relaxed character. 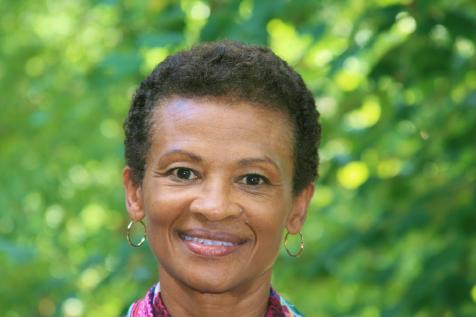 Visitors will have no problems finding a good coffeeshop, a unique Amsterdam establishment where it is legal to smoke a joint along with your cup of java. The cloud of thick smoke will immediately let the uninitiated know when they’ve wondered into one of the city’s 450 coffeeshops instead of the café or bar they were looking for.

Even though hard drugs are strictly prohibited and the sale and use of soft drugs have not been legalized, Amsterdammers readily tolerate the discreet use of pot in designated areas.

The I Amsterdam Card, one of the best deals in town, provides visitors the key to the city needed to enjoy its culture, nightlife, events and restaurants. The Card consists of a public transportation ticket and full-color guide, and provides over 30 free and 20 discounted offers on major tourist attractions and restaurants. Purchase the Card online or at the Office of the Amsterdam Tourism & Convention Center. Cards are available for 24, 48 and 72 hours and begin under $75.