You are here: Home1 / Events2 / AMERICA I AM Review 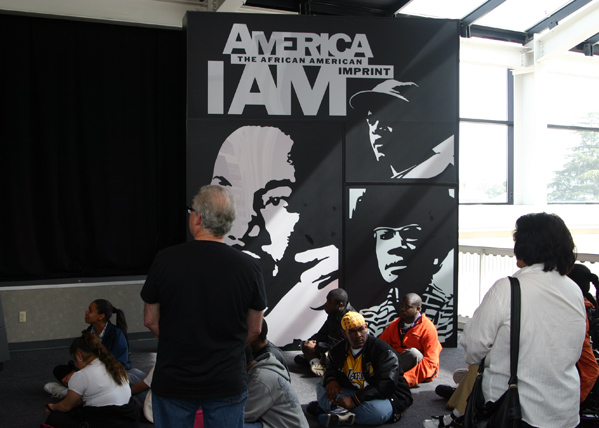 Kids gathered at America I Am entrance

AMERICA I AM: The African American Imprint

The age-old question posed by Dr. W. E. B. DuBois, “Would America have been America without her Negro people?” spawned this brainchild of Tavis Smiley, produced by John Fleming, president of the Association for the Study of African American Life and History, and Director Emeritus of Museums, the Cincinnati Museum Center.

AMERICA I AM takes a bold, encompassing look at several themes to address that question by utilizing the museum technique of showcasing the highlights and lowlights in history up to the present day. The large-scale exhibition presents a collection of pivotal moments in African American courage, determination, and creativity by examining four themes where the African American Imprint has left profound marks on our nation and the world: economic, socio-political, cultural, and spiritual.

Informed of those themes, gallery visitors better interpret how these themes helped shape African Americans throughout history, from the continent of Africa to the Whitehouse. As displayed in Philadelphia, Atlanta, and Los Angeles, it was divided into numerous galleries, leading visitors on an imaginary journey from struggle to triumph:

America I AM Our History

Visitors begin their journey in a passageway filled with depictions of African Americans leading them back in time, beginning with present-day icons and ending with Africans from generations ago.

America I AM Rooted in Africa
Artifacts and text depict African society and show how the slave trade began, as well as how it made its impact on all nations who sailed the Atlantic Ocean. Visitors pass through the “Doors of No Return” from Cape Coast Castle in Ghana where captive Africans were stored under lock and key, awaiting ships that would take them to the Americas. 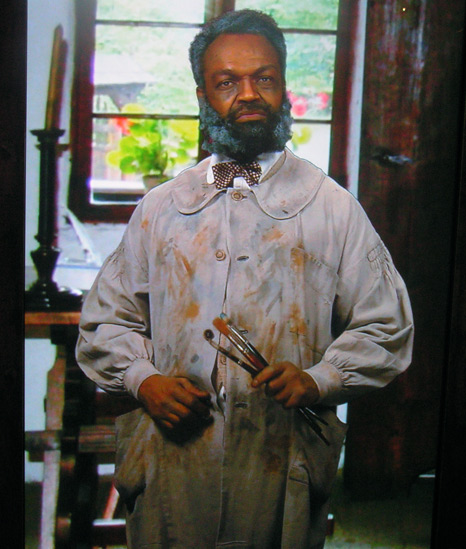 America I Am tribute to African American painters

America I AM Our Foundation
Imagine every automated or labor-intensive industry today. From 1609-1865, enslaved people from Africa would have manned those jobs, becoming the foundation of most of America’s wealth. During these times, African Americans engendered four kinds of major imprints on America showcased in this gallery: economic, socio-political, cultural, and spiritual.

America I AM the Measure of Justice
In this gallery, visitors see how free and enslaved Africans fought in wars dating all the way back to the Revolutionary War, a war in which they fought on both sides.

America I AM the Soul of Freedom
Visitors will next enter a maze-like gallery that, through its physical design, reflects the ups and downs endured by African Americans after the Revolutionary War and through the Civil War. This gallery showcases objects from the Abolition Movement, the Underground Railroad, and the Civil War. Another way to think of this groundbreaking period is America’s first Human Rights Movement.

America I AM the Voice of Equality
At the close of the Civil War, amendments were made to the Constitution that granted citizenship to African Americans and guaranteed them the right to vote. This gallery highlights some of the positive changes made during this brief period from 1865-1877, known as the Reconstruction Era.

America I AM Invincible
This emotionally powerful gallery relates some of the positive imprints made during the dark days of the Jim Crow Era and sharecropping that kept people bound to plantations well into the 20th century. The gallery details economic imprints like the increase of African American college graduates via the founding of historically black colleges and universities. 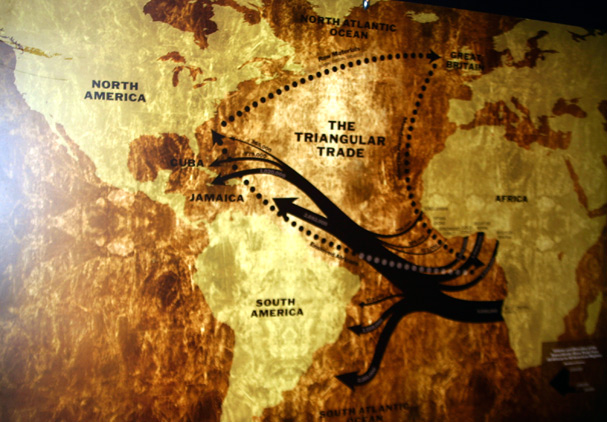 America I Am map of slave trade to the Americas

America I AM Spirit
This gallery explores the spiritual imprint of the African American community – from its impact on how other communities worship to 19th-century churches that took a role in the fight against slavery to the direct role that many churches and church organizations played in the Modern Civil Rights Movement.

America I AM Patriotic
Visitors witness the personal sacrifices made by many African Americans in defense of the United States. This gallery also offers insight into the discrimination African Americans endured as soldiers and how the black press’ Double V campaign during World War II helped to fundamentally change the military’s view of Blacks.

America I AM the Conscience of a Nation
This gallery offers a fresh look at the modern Civil Rights Movement in terms of how it became a model for other social movements in the United States and around the world. Visitors learn about peaceful protests and marches that defined the movement and view a representation of the Birmingham jail cell that held Martin Luther King, Jr.

America I AM the World
Through an array of unique objects and photos and an inspiring video presentation, this uplifting gallery celebrates the imprint African Americans have had on American culture that is consumed around the world.

What separates this massive exhibit from other traveling Black History-themed exhibits is the quality and scale of the best features it compiles. The African arts & crafts would look right at home in the African American Museum of Philadelphia or San Francisco’s Museum of the African Diaspora. Artifacts from the African slave trade exhibits are as remarkable as those seen at the Wright Museum of African American History in Detroit and the African Burial Ground Museum in New York City. A slave manifest speaks to our ancestors’ quest for freedom from slavery and echoes those seen at the National Underground Railroad Freedom Center in Cincinnati. The Civil Rights Movement gallery pays homage to the excellent exhibits at Birmingham Civil Rights Institute and National Civil Rights Museum. 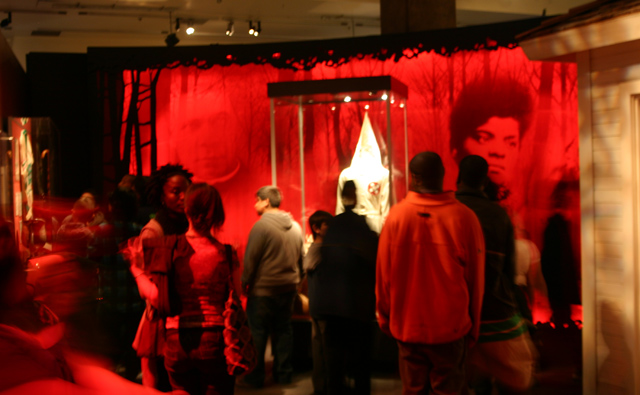 At the end of the exhibition, visitors are invited to leave a video recording of what the African American imprint means to them. These video imprints are added to a growing oral collection throughout the exhibition’s four-year run. Next stop Cincinnati.