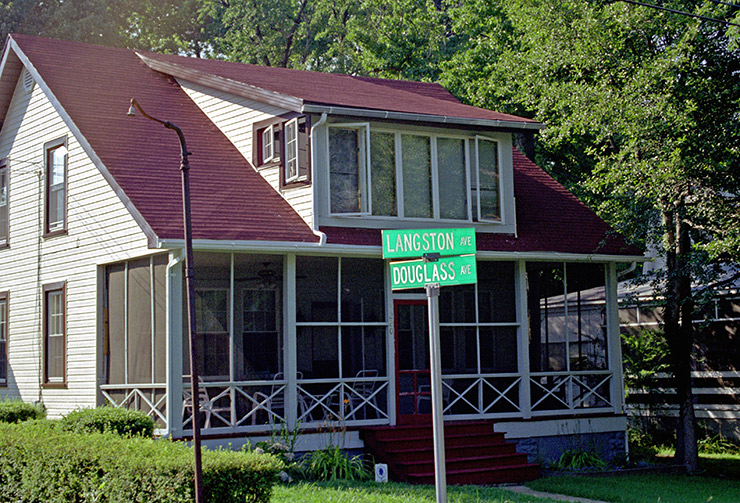 The beach resort town of Highland Beach, Maryland has an auspicious beginning. The sons of Frederick Douglass, Charles and Lewis, were members of the heroic Massachusetts 54th Colored Troops who served in the Civil War. Major Charles Douglass was refused a meal at an upscale waterside cafe in Annapolis, Maryland in the 1890s. That insult motivated him to purchase 44 acres of tree-lined beachfront property slightly southwest of Annapolis along the Chesapeake Bay. He founded Highland Beach resort there in 1893.

Thus, Highland Beach was consciously planned as America’s oldest Black Resort community. Charles, built a cottage in the resort for his father Frederick Douglass, though Frederick passed away shortly before its completion. The Frederick Douglass’ summerhouse, Twin Oaks, remains a landmark in this bucolic resort.

Today, Highland Beach is a community of about 100 residents in private homes. The guesthouse, when the community was a resort, has been transformed into a private home. So you can drive around Highland Beach, but only stay overnight if invited by a resident. The housing association maintains strict adherence to the upkeep standards established for the community. Fronting the famous resort is a long curving beach set against ample park ground, opening to the Chesapeake Bay. It is a private beach for the residents of Highland Beach and Venice Beach. Consider yourself very lucky, if invited to a beach party here.

Every home in Highland Beach and adjacent Venice Beach will remind you of Black America at its best. Some of the legacy of Highland Beach is captured as well, in the Banneker-Douglass Museum in nearby Annapolis.