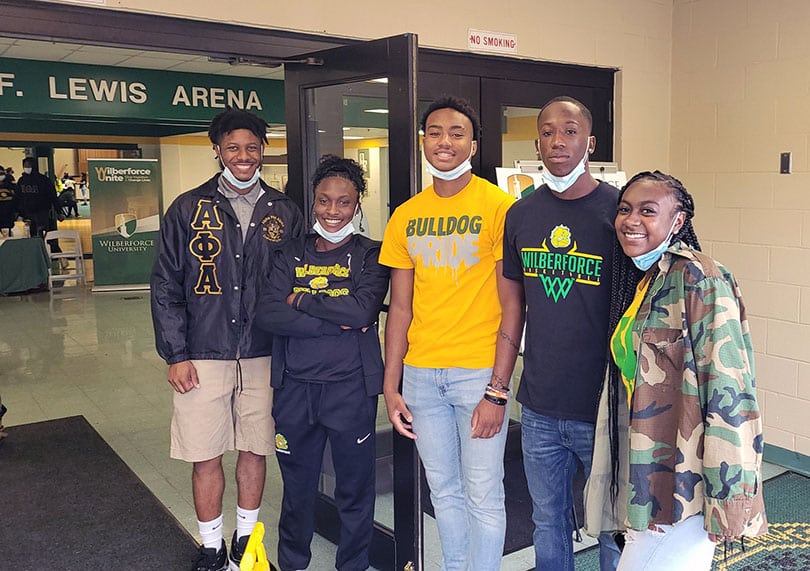 Wilberforce University is named after the 18th-century English statesman and abolitionist William Wilberforce. The University is religiously affiliated with the African Methodist Episcopal Church and a participant in the United Negro College Fund.

Opened in 1856 during one of the most tumultuous times in American history, it is the oldest institution of higher education owned and operated by African Americans.

Note that Cheyney University (1837) and The Lincoln University (1854) operation predate Wilberforce University, but neither was owned by African-Americans at the time of the founding.

Many changes occurred over the years, including its designation as the first Black school named as a center for military training, and the dedication of the Carnegie Library — a gift from the philanthropist Andrew Carnegie.

The sale of the old campus in 1982 has been designated by the Ohio General Assembly and the United States Congress as the location for the National Museum of Afro-American History and Culture Center.

Wilberforce University offers and variety of B.A. and B.S. degrees. It is fully accredited by the North Central Association Commission on Institutions of Higher Education. It offers these undergraduate programs:

Wilberforce University campus is located approximately one mile from the site of its original campus and is situated on a gently rising slope in a beautiful setting with Old Towne Creek. The creek winds its way through the entire site and between the crest of two rolling hills.

Wilberforce is also one of two, four-year institutions in the country with a mandatory cooperative education program.

Today, there is a fountain project where participants may pay for the cost of brick in memory of a loved one, and help move the historic fountain from the old campus to the new campus. alumni and others are encouraged to participate.