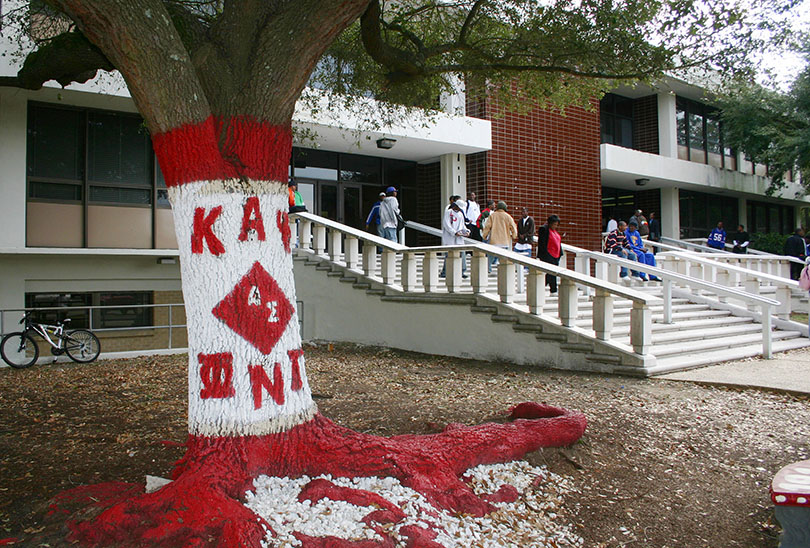 Southern University and A&M College began in 1880 as the result of a movement in Louisiana for an equal opportunity institution of higher learning sponsored in the 1879 Louisiana State Constitutional Convention by four African American delegates.

Originally located in New Orleans, it was later reorganized to receive national land-grant funds and moved north of Baton Rouge to what was then Scotlandville, Louisiana, in 1914.

Today, Southern University in Baton Rouge is part of the nation’s only historically Black land-grant university system in the USA.

With sister campuses in New Orleans and Shreveport, University “firsts” include being the first to offer an undergraduate degree program in urban forestry, include a dam safety program in engineering, and establish seven degree programs that are not offered elsewhere in the state, including doctoral programs in biomedical science, material science, math and science education, nursing, public policy, and urban forestry, as well as master’s programs in urban forestry and physics.

Additionally, the university’s Law Center has been ranked among the nation’s top ten law schools, and it is also the nation’s most diverse law school with 60% Black and 40% White law students.

Approximately 9,000 students are enrolled at the Baton Rouge campus (17,000 system-wide) of which approximately 94% are African American, 57% female, 43% male, and 23% from out-of-state. More African American graduates in engineering, technology, computer science, and math earned their degrees at Southern than from any other university in the nation

More of its alumni have gone on to receive a Ph.D. after finishing in political science from their School of Public Policy than from any other school in the country.

Situated on one of the most beautiful university sites in the South, the campus, on Scott’s Bluff overlooking the Mississippi River, encompasses 512 acres and 117 buildings with an experimental station on an additional 372-acre site five miles north of the main campus.

One of the more interesting buildings is the Archives Building — listed on the National Register of Historic Places — the first building on campus and one that has served as the Dean’s mansion and office, as well as a conference center.