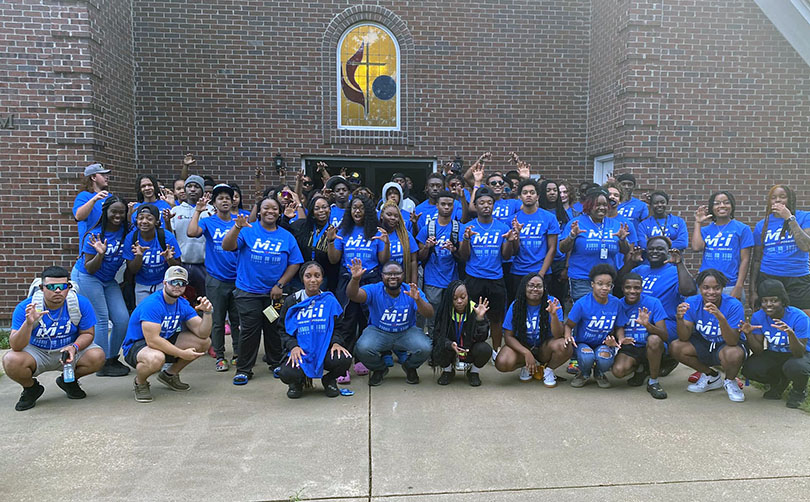 One of the HBCUs in the United States, Rust College was founded in 1866 by Northern missionaries with a group called the Freedman’s Aid Society of the Methodist Episcopal Church. Located in Holly Springs, Mississippi, it is affiliated with the United Methodist Church.

In 1892, to avoid confusion with Shaw University in Raleigh, North Carolina, the institution changed its name to Rust University in tribute to Rev. Richard S. Rust of Cincinnati. Rev. Rust was a preacher, abolitionist, and secretary of the Freedmen’s Aid Society that helped found the college.

In 1915, the institution assumed the name Rust College, which is the second oldest private college in Mississippi.

The brave civil rights activist and publisher Ida B. Wells is an alumnus of the college.

Rust College operates on an 8-week semester class system that allows the college to constantly enroll a steady stream of Junior College transfer students every 8 weeks.

The Rust athletic teams are called the Bearcats.

Rust College occupies approximately 126 acres. Some buildings on campus were erected in the mid-1800s, such as the alumni and public relations center. Others were recently built, such as the Hamilton Science Center, three-story addition to the McDonald Science Building.

In 2008, Rust College acquired the campus of the former Mississippi Industrial College, located adjacent to the campus.

In 2011, the college acquired Airliewood, an antebellum former slave plantation estate located near the Rust College campus. Built-in 1858, Airliewood served as living quarters for Ulysses S. Grant during the Civil War and currently serves as the official residence of the college president.

There are five gender-segregated dorms, with about 900 spaces. Two historic markers honoring the Council of Federated Organizations and those involved in the 1964 Freedom Summer Project in Holly Springs were unveiled on campus in 2014.