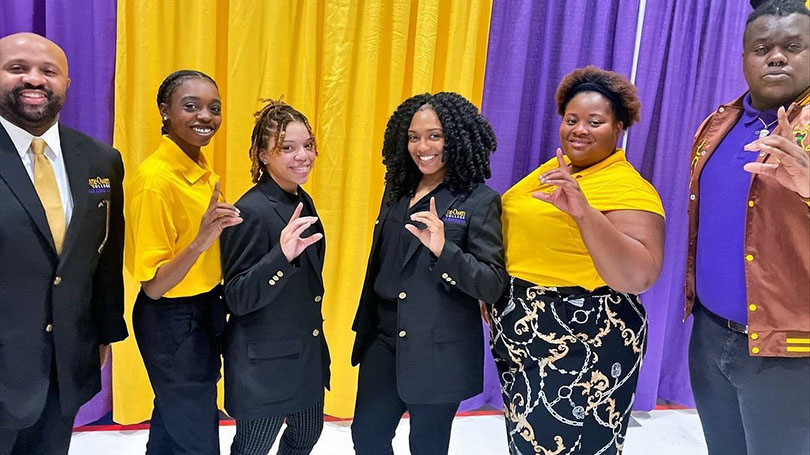 The saga of the conditions that led to the establishment of LeMoyne-Owen College trace back to 1862.

Prior to President Lincoln’s signing of the Emancipation Proclamation in January 1863, Lucinda Humphrey, a hospital nurse at Camp Shiloh, was one of the first to see the need to educate African Americans who had escaped to the Union camps.

So she held candlelit instructions for groups of Blacks to teach them the alphabet.

In 1863, the school was moved to Memphis but destroyed by race riots after the Federal troops withdrew in 1866. Lincoln Chapel, as the school was then known, was rebuilt and reopened in 1867 with 150 students and 6 teachers.

Later, Dr. Francis Julian LeMoyne, a life member of the American Missionary Association and a prominent physician of Washington, Pennsylvania, made a generous financial gift to the school.

The school was renamed in his honor as the LeMoyne Normal and Commercial School, acquired its present site in 1914, and was finally chartered by the State of Tennessee as a four-year degree-granting institution in 1934.

Opening in 1954 and named in honor of the Reverend S. A. Owen, a prominent religious and civic leader, the school became Owen Junior College.

The two schools merged in 1968, forming LeMoyne-Owen College and reinforcing their shared purpose of combining a liberal arts education with career training in a Christian setting.

LeMoyne-Owen College is accredited by the Commission on Colleges of the Southern Association of Colleges and Schools. The 4-year Liberal Arts College provides a liberal arts core curriculum that develops students’ important life skills and training in:

Center for African and African American Studies sponsors workshops, seminars, exhibitions, and lectures that explore issues and provide opportunities for students to interact with persons who represent diversity in cultural, social, professional, political, or national perspectives.

The Center’s activities are highlighted by the celebration of African-American History Month in February and the annual commemoration of the Middle Passage in September.

The Center is also a repository for books, artifacts, audio and visual tapes, and CDs on African and African-American studies.

There’s also The Gibson-Orgill Mathematics and Science Learning Center, Sweeney Hall, and the Center for African and African American Studies.

Campus visits should be scheduled at least two weeks in advance. They are offered Monday-Friday at 10 am and 2 pm.