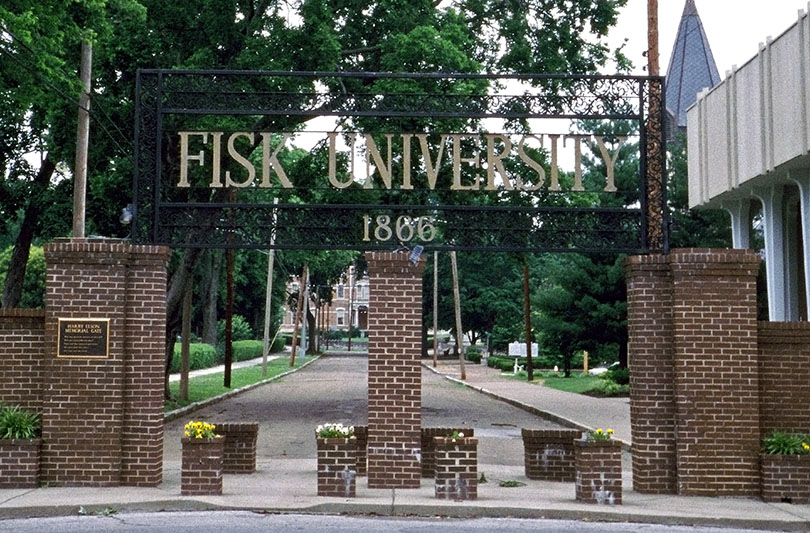 Barely six months after the end of the Civil War, and just two years after the Emancipation Proclamation, three men established the Fisk School in Nashville, Tennessee, named in honor of General Clinton B. Fisk of the Tennessee Freedmen’s Bureau.

Committed to educating the newly freed slaves, who ranged in age from seven to seventy, the first classes convened in 1866 in facilities situated in former Union army barracks near the present site of Nashville’s Union Station.

In addition to its reputation as an educational institution of excellence, Fisk is world-renown for its famous Jubilee Singers who originated as a traveling group in 1871, desiring to raise enough money to keep open the doors of their debt-ridden school. The singers — soon gained distinction throughout the United States, then began traveling through Europe as well.

The group’s success enabled the school to remain open and permitted the construction of Jubilee Hall, the South’s first permanent structure built for the education of Black students. Now a National Historical Landmark, Jubilee Hall remains the dramatic focal point of Fisk’s campus.

Fisk University attracts students from around the world and has a reputation of contributing more alumni to the ranks of doctorally prepared African American scholars than any institution, Black or White, in the U.S. In fact, among currently practicing Black physicians, lawyers, and dentists, one in six is a Fisk graduate.

Fields of study include:

Illustrious alumni include Nikki Giovanni, the award-winning contemporary poet; W.E.B. DuBois, the great social critic and co-founder of the NAACP; the great educator Booker T. Washington and many others.