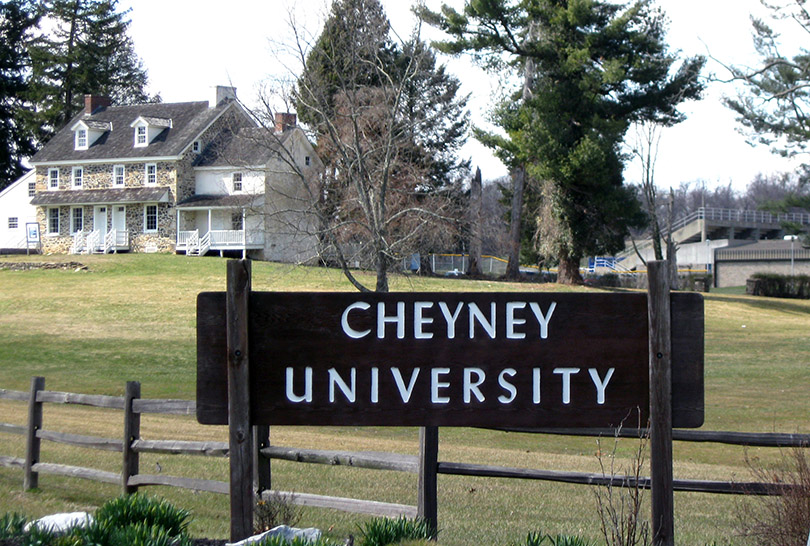 Established in 1837 through a bequest from a Philadelphia Quaker who wished to see that young people of African descent had access to education, Cheyney is the oldest HBCU.

One of 14 state universities under the State System of Higher Education in Pennsylvania, Cheyney University of Pennsylvania was Originally located in Philadelphia, the university was moved to its present location in Cheyney in 1903.

A few years later after many years under the direction of a Quaker Board of Managers, it was purchased by the Commonwealth of Pennsylvania and later became the Cheyney University of Pennsylvania.

Situated on 275 acres on the rolling hillsides in southeastern Pennsylvania, Cheyney is 24 miles west of Philadelphia, 15 miles from Delaware, 110 miles from New York City, and 100 miles from Baltimore.

Among the special resources here are the Leslie Pinckney Hill Library — located on the Upper Campus — which houses the print and non-print collections that support the curriculum and a selection of government documents, in addition to the Ethnic Studies Collection, a notable attraction with the entire Schomburg Collection of material on Black history and literature on microfilm.

The student body here consists of nearly 2,000 co-ed students, approximately 85% of whom are state residents. Of the more than 7,100 alumni alive today, about 5,000 still reside in Pennsylvania.