Soul Of America > US Cities > Oakland 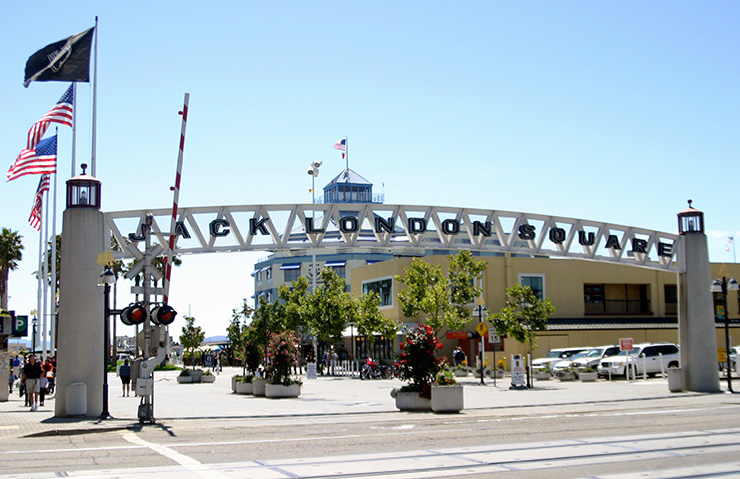 Restaurants and Nightclubs
Its the East Bay, so you expect good Soul Food restaurants and Barbecue joints. Oakland delivers that and much more. There’s the trend-setting Jazz clubs, sports bars and … More

Shops and Galleries
Oakland has seen many distinctive black-owned boutiques and art galleries come and go, but some shops 7 galleries stick around. Your patronage will help them grow … More

Oakland History
Founded in 1820, Oakland was the Pacific terminus of the first transcontinental railroad. African Americans settled in West Oakland at that time and more after the Gold Rush of 1849 … More‎

Spas
The city lost Sol Y Mar Spa and Pampered Man/Pampered Woman. Not to worry. Several other spas meet the test of making you feel special. Including a body-building gym near downtown … More

Black Panther Party
In 1966, Huey Newton and Bobby Seale formed the Black Panther Party of Self-Defense against police brutality and for community service. Joined by Eldridge Cleaver, David Hilliard and others … More

Sly & The Family Stone – Bay Area Funk
Sly Stone was born Sylvester Stewart and grew up in nearby Vallejo. His mother and father, a Church of God in Christ pastor, gave the family their Gospel roots … More

Berkeley Today
With a curious mix of academic elitism and counter-culture in a remarkable past that included support for the Black Panthers, today’s Berkeley has evolved to a multi-faceted trend-setting … More‎